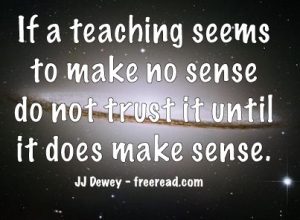 Ideals are fine and most are eventually achieved. Flaws in human thinking lie not with seeking the ideal, but how to get there.

For instance, equality is a nice ideal, but to get there by forcing everyone toward sameness has proven disastrous.

Even so, completely open borders is a benevolent ideal, but to be too open too soon could destroy a country if its resources are overwhelmed.

There are over seven and a half billion people on the earth and, most likely, over five billion of them would move to the United States if they could. Just one billion of them coming here would turn the country into such a wasteland where citizens would be fleeing to Mexico for relief.

It is only common sense that when there are many more who want to enter than leave that the border needs to be controlled by sensible laws and enforcement while assisting other countries in obtaining greater equality.

Indeed it is a virtue to be inclusive if applied with common sense, but like all virtues, if taken to the extreme, it becomes negative rather than positive not only with countries but clear down to the individual household.

Let us use the Law of Correspondences and relate open borders to a family home. For U.S. citizens the United States is our larger home, but in the microcosm the property we live in is our home also.

You may have a relative or friend call now and then asking if they can crash a few days. It may be an inconvenience but you accept them and figure you are being inclusive.

Now suppose an old acquaintance who you never considered a close friend shows up on your doorstep with a wife, six kids and three large dogs. Taking him in may indeed test your normally inclusive nature.

If one really wanted to be inclusive he could take in a few homeless people. The trouble is that even if one were willing he would be nervous about doing it since the homeless guy could be on drugs and dangerous.

But let us suppose that Billy Bob is one righteous dude and decides to open his home and resources to those in need. He invites three homeless people to stay with him. He is fortunate in that he chose three that were not dangerous, but he finds they do take much more advantage of his good nature than he planned. His favorite food and drink disappear very quickly.

Then a couple days later word spreads about his good nature and three more homeless show up on his doorstep with very sad stories. Billy Bob reluctantly lets them in, thinking it is good to be inclusive.

Several days later, after having his house trashed, three more show up. He is determined to be inclusive and again lets them in. Then it becomes a daily occurrence for more to show up until his house is overflowing with all kinds of strange individuals who were more concerned with getting than giving. Finally, after sustaining more grief and expense than he could handle he throws his arms up and orders all of then to leave. Several become angry and threaten him and say they are staying no matter what. Billy Bob is beside himself and decides the only thing he can do is move out and let the bunch fend for themselves.

He gets a room at the Motel 6 and waits. Within a month the home has suffered so much destruction and abuse that it was not even fit for the homeless to live in. The bunch then leaves the house and moves into a shelter that at least has running water and some food.

He seemed to be.

Should our nation take the Billy Bob approach to our borders?

Obviously if we do not operate with some limitations too many people in need entering the country could wind up creating much damage as happened to Billy Bob.

Did Billy Bob practice the principle of inclusion, and does our country if it uses no judgment as to who may enter?

So are some true believers being extreme and advocating the Billy Bob approach to inclusiveness and open borders?

Part of the reason for this is that various teachers have rightfully taught of a time in the future where we will have open borders, throughout the world. Unfortunately, believers see such teachings in terms of black and white that need to be applied right now with no judgment involved.

In our story Billy Bob had a problem because of the great inequality between him and those he tried to include. That created a situation where he needed to use common sense in applying his inclusiveness, else more harm than good would result. If he lived in a city where all had a place to live then his inclusiveness would not create such a problem.

Similarly, if we create a world where all have their needs met then open borders will make sense.