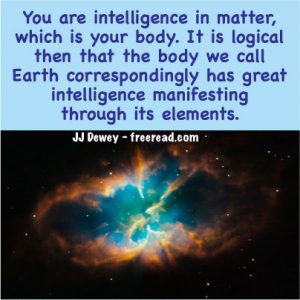 The Law of Repulsion

This law is generally associated with the Law of Attraction, being its opposite, and as a branch of the Law of Economy and also linked with the Law of Synthesis. DK makes the interesting statement that these three laws (Economy, Attraction/Repulsion and Synthesis) can be viewed together operating as one great law called the Law of Being. One of the few things he says about this is that it “is of a nature so incomprehensible to the finite mind of man that he can only sense it partially through the aforesaid three branches.”

He associates this law with the life force itself that animates us and to understand it is to understand our Source and origins. Since this great mystery is incomprehensible to our finite minds it is wise to focus on these three branches of which we can gleam some understanding. So far we have covered them all except for repulsion.

One might say that the laws of attraction and repulsion are the core ingredients of duality which form the basis of all creation. Attraction is associated with Spirit for spirit is attracted to spirit and repulsion is associated with matter. Matter is repelled from other matter. The life within the form, as an extension of spirit, slowly wakes up to an awareness of spirit and becomes attracted to it more than form. As the attraction increases spirit gives greater and more complex forms to matter making it more useful to life and spirit until in the end attraction and repulsion balance under the Law of Synthesis causing the disintegration of form and return to spirit.

It is interesting that DK tells us that sound is “the agent of the law of attraction and repulsion.”

This seems like an odd thing to say until you think about it, for esoteric teachings often refer to creation being a great symphony composed of many chords and notes. Life is attracted to some notes and repelled by others. In addition DK tells us that spirit itself vibrates on a certain note and matter on another. As they approach each other the two come closer to sounding the same note and when this occurs evolution will come to an end and we will enter the great rest of pralaya.

DK tells us that attraction governs spirit and repulsion matter and form. We can easily understand the attraction to spirit, as that is associated with bliss, joy, the kingdom of God, eternal values etc. But what is with the association of repulsion with matter? After all, is not man extremely attracted to things related to form such as beauty, good food and drink, possessions and more?

What is not realized by many is that the attraction we have to matter and form is because of the energy of spirit which has filtered down to matter.

It was intelligence linked to spirit and not the matter aspect by itself. There is a big difference between various elements scattered in the earth compared to being gathered together to produce the useful and sometimes beautiful vehicle we call the automobile.

We are also attracted to forms created by life in matter such as beautiful flowers, healthy vegetables and animals. These are all forms created by the spirit influencing and forming matter.

The bottom line is that attraction, whether it be spirit to spirit or human intelligence to matter, all originates with spirit. Matter and form naturally repel other forms and only come together because of the influence of spirit.

The dominance of the Law of Repulsion came into being at the beginning of this cycle of creation which began with the Big Bang.

The last cycle of creation ended with the dominance of spirit, drawing all form back to itself, or into formlessness. In this state, which we call pralaya, Divine Intelligence rested and absorbed all the lessons learned from the past creation. After rest, reflection and absorption did its work and the point of completion was reached the singularity then reflected itself by means of unlimited intelligence and the imagination of the One Great Life. The One became the Many with the many being repelled from each other and scattered through the immensity of space.

In the beginning repulsion dominated close to 100% as spirit relinquished its hold so creation could begin anew. Then after the scattering by repulsion reached its maximum spirit stepped in and began to pull matter together into intelligent and usable forms. This is where we are at the current stage of progress.

Even though spirit is beginning to make itself felt through the intelligent organization of matter the Law of Repulsion still holds sway. This is evident from the fact that nothing solid in the universe actually touches anything else, but all that can be found seems to be only vibrating waves often separated by great distance from each other.

For instance the hydrogen atom is composed of a electron which functions as a particle and a wave circling a proton which in turn is made mostly of empty space. 99.9999999999996% of the hydrogen atom is empty space, thanks to the Law of Repulsion. If the proton in the center were the size of a marble the electron would be like a grain of sand orbiting 100 yards away, or the length of a football field away.

In addition to the empty space within atoms there is empty space between atoms and molecules as they do not actually touch but are repelled from each other by the law of repulsion. When you shake hands with another person nothing is actually touching on the atomic level. Technically sound and notes are registering with each other and we only have the illusion of solid contact.

As we look up into space we see that there is little that we consider solid, similar to the vastness of space in the atom.

To give perspective consider this. If the sun were the size of a basketball the earth would be like a grain of sand 31 yards away and the nearest major star, Alpha Centauri, would be another basketball a whopping 4300 miles away. All else is virtually empty space, thanks to the Law of Repulsion. The separation of forces in which we find ourselves is immense indeed telling us that Spirit will have quite a job in the distant future in bringing the many back to the one.

We use the law of repulsion – accompanied by attraction daily in many activities. We use it in selecting or rejecting friends, the food we eat, the items we buy, where we choose to live, to work, to go to school and much more.

Overall the person who makes wise use of the laws of attraction and repulsion is one with good judgment and common sense.

For quotes on the Law of Repulsion go HERE