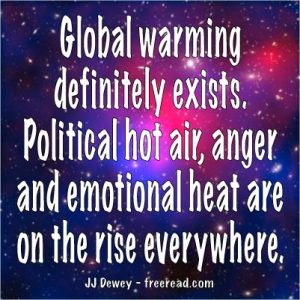 The Law of Friction

There are four subsidiary laws under the Law of Economy. We have covered three of them which are:

The fourth is the Law of Friction. Outside of being an important subsidiary law to economy, DK doesn’t say much about it except for this one paragraph:

“The Law of Friction, governs the heat aspect of any atom, the radiation of an atom, and the effect of that radiation on any other atom.”

Using his words alone here we do not have much to go on. On the other hand, scientists have spelled out laws governing friction which depend on the heat released from various types of materials.

We do not want to get bogged down here with math and formulas but want to look at the principle involved. Perhaps briefly looking at the first three subsidiary laws will help us see more clearly where the Law of Friction fits in.

The first is vibration which holds the secret of the origin of form. After form begins to manifest through innumerable vibrations then intelligence guides them to adapt to other forms. Next enters in the Law of Attraction and Repulsion causing forms to draw together, yet at the same time giving each other space through the Law of repulsion. These resulting forces of attraction and repulsion bring the Law of Friction into being. That said let us define this law in this context.

The Law of Friction governs the heat released when two surfaces or forces encounter each other. The more intense the energy, force and speed involved as well as the proximity of the encounter the more will be the quantity of heat or radiation given off.

Divine Intelligence using the Law of Friction thus creates heat at the center of an atom, a cell, a human being, a planet or a sun.

In our body the Law of Attraction brings the elements of food to the cells and organs and breaks down molecules like glucose and carbohydrates. Then through the Law of Repulsion all that is not desirable is rejected and sent to be eliminated. This interplay related to metabolism produces heat through the Law of Friction.

These same laws also cause heat in the center of our planet. In the beginning of our solar system gravity through the Law of Attraction caused large chunks of matter to crash into each other. This finally consummated when a Mars sized object crashed into the earth with great resulting friction causing tremendous heat that is still trapped in the center of the planet. In addition gravity causes heavier elements like iron to sink to the center causing friction bringing more heat. Finally, radiation (which DK says is caused by friction) adds to the heat in the center. All this creates a temperature in the center of the planet of about 12000 degrees F, hotter than the surface of the sun.

O the other hand, that is cool compared to the center of the sun which is a whopping 27 million degrees F. Because of its huge mass the Law of Attraction through gravity compresses hydrogen at the core with such pressure that they fuse to helium with the resulting friction causing tremendous heat and radiation.

When we consider that friction and heat is caused by a pressurized relationship of one surface on another we can use the Law of Correspondences to extend the principle to apply to relationships between humans.

We can see the Law of Friction at work when we compare the crime rate of large population areas to lesser ones. If you Google the 25 safest cities you will find that they are all smaller towns, many of which few are aware of.

On the other hand, most larger cities have much higher crime rates than average. The average murder rate for the United States is 4.5 per 100,000 people. Here are some of the latest statistics available on some larger cities:

All of them except for New York is significantly above average. When Rudy Giuliani became mayor in 1994 it was four times as high at around 16 per 100,000. Most of the drop in murder and other crimes happened during his administration so it looks like he did something right.

The murder rate where I live, in Boise, Idaho is less than half the national average at only 2 murders per 100,000 which is also the rate for the state as a whole. It is interesting to note that many areas with low population densities are relatively safe places to live some with even lower rates than Idaho.

The difference I see as the cause of higher crime in congested areas is the higher friction often caused by the clash of opposing forces and belief systems. High crime areas often consist of minorities who feel outraged over perceived mistreatment. This intensifies friction, which intensifies emotional heat which increases lashing out against whoever gets in the way.

I’d say that Boise where I live is an area of low friction. You don’t hear many complaints from minorities or anyone else about mistreatment. The biggest outrage in the area recently was a white farmer being shot by two white cops. Because of the stability here many people from congested areas are moving to Idaho to have a better place to raise their families.

They certainly are not moving here for high wages, as Idaho ranks 50th on the wage scale. Neither can low income be cited as a major cause of friction here.

When people are forced together in high density, just as atoms are in the center of the sun, then more friction and heat is generated. Then if we add people of divergent histories and belief systems, the problem is exacerbated.

Using the Law of Correspondences we can see that the Law of Friction applies to various groups and even down to individual relationships. For instance, a marriage tends to work better when the two give each other their “space.” When one spouse tries to dominate the space of another and “get in their face”, so to speak, then friction occurs followed by emotional heat. The same happens when parents try to dominate the space of their children.

Overall, this is an interesting law to contemplate as it manifest from the sun down to the tiniest atom.

Hopefully, we can all pursue the goal of the enlightened to reduce friction and heat occurring all over the world so a new age of peace can enter in.

1 thought on “The Law of Friction”