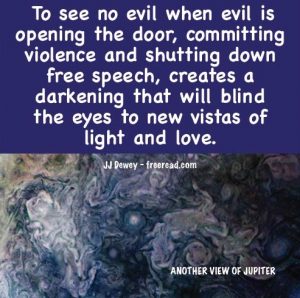 Laughing at the Face of Death

Here’s an interesting tidbit on my not using Novocain. My regular dentist was an older fellow who seem to have no problem with me not using it, but he retired a couple years ago so I found myself without one. I went as long as I dared without a visit so I called my wife’s dentist to see if he would take me on. It turns out he is very popular and was booked up for months, but he had a young associate that could see me in a few days.

I decided to try him out and it turned out I needed quite a bit of work – a crown and three fillings, a couple were replacements of old ones. When I told him I didn’t use Novocain he acted like he’s never heard of such a request and seemed quite nervous about working on me. He said he was thinking about having me sign something to protect him legally. I assured him that was not necessary.

The first couple fillings I’m sure hurt him more than me. He kept asking me if he was hurting me. I kept assuring him there was no problem. After he voiced concern several times I finally told him not to worry about it, to drill away to do his worst.

I think he’s finally accepted his fate for my last visit was to prepare a wisdom tooth for a crown (worse than a root canal in discomfort) and he didn’t seem quite so nervous. He did express concern that my nervous system may not be functioning correctly since I didn’t show any signs of pain.

I told him my nervous system was fine and that I was aware of the pain, but just ignored it.

Anyway I think I’ve finally got him trained and since he is young I shouldn’t have to break in another dentist for some time to come.

On the lighter side sometimes around the house I will stub my toe or do something that causes a sharp pain and let out a few choice words. When that happens my wife tells me to simmer own and quit being such a wimp.

A reader quoted the following from me:

“Even so, after two years of struggle with, after my first attack (having no one to confer with) I finally discovered the secret to defeating those who were seeking to destroy me. The secret is not to pretend they do not exist, for in this reality they do. The secret is to tune them out and place yourself in a state of mind as if they do not exist.”

In response she asks:

“Why not confer with the Holy Spirit, or Jesus, or the Christ (soul contact)? Can’t we have a walking, talking relationship with these entities? They are there to help, teach, and guide us. So why not develop a relationship there too? Any comments?”

JJ: That’s what caused the problem. For the first time in my life, at the tender age of 16, I was attempting to contact God. Before this time I was unconcerned about spiritual matters and was left completely alone by the dark forces. But as I reached out to a higher power something totally unforeseen reached out to me and was successful for a time in causing a great disturbance in my life.

The solution was not so simple as to seek the Holy Spirit, God or Christ, for such a reaching out was what caused the problem to begin with.

My situation was a little like the two young ladies who were doing a benevolent work in Afghanistan. As soon as they mentioned Christ they were arrested and faced long imprisonment or even death… They prayed many times each day, but no deliverance seemed to be in sight. Even so, they continued seeking help from God and finally after some time in prison enduring many discomforts and danger of death, even from friendly fire, they were delivered. Interestingly their deliverance came in a manner they never expected.

There are many times in life that we experience pain, affliction, financial ruin, criticism, and even physical attacks and a simple seeking God in the moment of distress rarely brings instant deliverance.

Jesus explained that we do not always get what we want when we first asked and taught the principle of persistence in the following parable:

“Suppose you went to a friend’s house at midnight, wanting to borrow three loaves of bread. You would shout up to him, ‘A friend of mine has just arrived for a visit and I’ve nothing to give him to eat.’ He would call down from his bedroom, ‘Please don’t ask me to get up. The door is locked for the night and we are all in bed. I just can’t help you this time.’

“But I’ll tell you this; though he won’t do it as a friend, if you keep knocking long enough, he will get up and give you everything you want; just because of your persistence. And so it is with prayer; keep on asking and you will keep on getting; keep on looking and you will keep on finding; knock and the door will be opened. Everyone who asks, receives; all who seek, find; and the door is opened to everyone who knocks.” Luke 11:6-10

This was my situation. I asked many times for God’s help in delivering me from my first encounter with dark forces, but God refused to simply give me what I asked before I learned the needed lessons.

Christ was delivered by the same principle when he was tempted by the adversary when he was weak from a forty day fast.

Take note of how he defeated the enemy. He didn’t do it by saying a prayer or entering into meditation or even invoking the Holy Spirit. It is true he did that in his past, but when the time of testing came another approach was needed.

What is pure reason?

Just as Christ had to learn to master the dark powers even so must we also learn if we are to become as he is.

If Christ would have stepped in and helped me in my hour of need I wouldn’t have learned some of the valuable principles I now know. These lessons drove me toward greater soul contact which is indeed the Christ principle.

The account in my book of laughing at the Dark Master was based on a true experience and I do not think I would have had the internal fortitude to do it if I had not learned valuable lessons from previous encounters.

I do not use the word “fortitude” lightly as the presence of this being created a wave of negative destructive energy that can only be appreciated by one who has had such an encounter.

A member mentions the term “laughing Buddha,” that there may be some deeper meaning to the term. I had never heard this term before and it is interesting that you bring it up. It is also interesting that in a fragment of the Gospel of Peter that he reports that Jesus was laughing on the cross.

In addition to this I came across this just today from A Course in Miracles:

“Into eternity, where all is one, there crept a tiny, mad idea, at which the Son of God remembered not to laugh. In his forgetting did the thought become a serious idea, and possible of both accomplishment and real effects. Together, we can laugh them both away, and understand that time cannot intrude upon eternity.”

I never really considered the esoteric principle behind laughter, that perhaps it is a greater source of power than we realize, but it is as definite fact that my laughter certainly diffused a powerful dark lord.

Maybe we ought to call it the “Laugh of Power” for want of a better name. I do know this, however, for the laugher to have such power it must be used from a point of inner peace with no fear involved as a motivating factor.

This reminds me of an incident in my life I have not thought of for years.

Way back in my high school days shortly after I started driving a friend and I were cruising along a two lane highway about 65-70 MPH. As we approached an intersection where we had the right of way there entered from the left and right two vehicles at the same time who apparently never saw us coming.

On the right was entering a standard car and on the left a large Greyhound bus was pulling into the road. As I saw these two vehicles entering the road at the same time from different directions I noted that within about five seconds or so the gap between them would be closed and there would be no option but to plow into both of them.

I immediately put the pedal to the floor and headed toward the space between. As we accelerated to over 90 MPH I noted that my friend seemed to be saying something like a prolonged and very loud OM (I didn’t know what OM was back then).

As we approached the closing gap it didn’t look like we were going to make it, it didn’t look like there was enough room to pass through. We were expecting the worst. But as we entered the tiny gap there was no sound of clashing metal, just a smooth transition through blessed empty space…

The instant we hit the gap that seemed smaller than an eye of a needle my friend started laughing with great gusto.

After we passed through to safety I curiously asked him. “Why are you laughing?” This seemed like a very odd incident to laugh at, I thought.

He continued laughing all the more and said: “I don’t know. I guess I’m just laughing at the face of death.”

Then he continued laughing all the way home with short pauses where he kept repeating the phrase: “I’m laughing at the face of death!”

For a while I wondered if he lost his sanity, but he seemed OK the next day.

Now on hindsight I almost wonder. Did laughing at the face of death help us in cheating death? One never knows.