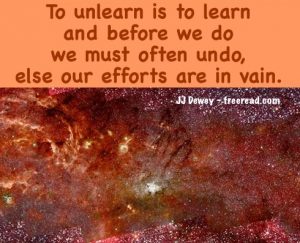 and the Mahatma Letters, Part 1

I was asked to check out the handwriting of H. P. Blavatsky with the Mahatma letters to see if the letters are in her handwriting or distinct enough to be written by someone else, such as the Master KH.

I am a good person to tackle this project as I have over 50 years experience in handwriting analysis and am not out to prove HPB is a fraud or otherwise. No matter what the findings reveal I see her as doing an important work and personally believe in the existence of the Masters.

I was surprised to discover that no serious attempt has been made since Richard Hodgson with the Society for Psychical Research (SPR) in 1884 to determine whether HPB or someone else wrote the Mahatma Letters. In consultation with a noted handwriting expert of the day he determined that HPB was the author of the letters – that the handwriting was from the same person. Then he also examined other phenomenon produced by her and determined fraud was used in some cases. Confessions and accusations made by those who turned on HPB did not help matters.

What did give him pause was this happening:

By the end of the first week of January, Hodgson, having little more to do at Headquarters, moved back to Madras and on the ninth he paid a call on Emma and Alexis who were living at Saint-Thome with a missionary family, the Dyers. In the course of a general conversation, about premonitions, Hodgson was just admitting he had no theory to account for them, when

“something white appeared, touching my hair, and fell on the floor. It was a letter. I picked it up. It was addressed to myself. M. and Madame Coulomb were sitting near me and in front of me. I had observed no motion on their part which could account for the appearance of the letter. Examining the ceiling as I stood I could detect no flaw; it appeared intact. On opening the letter, I found it referred to the conversation which had just taken place.”

From: Madame Blavatsky, the Woman Behind the Myth, by Marion Meade, Page 338

This unusual occurrence was not enough to change his mind as he suspected trickery.

The Theosophical Society never accepted Hodgson’s report but it stood as accepted by the SPR until 1986 when SPR member Vernon Harrison scrutinized the report and found various flaws within it. It appears that he investigated the report rather than refining an investigation into the handwriting itself. Amazingly, I cannot find anyone who has carefully compared Blavatsky’s to that of the letters since 1886. I guess then that it is about time that such an examination should take place.

I checked out HPB’s handwriting a few years ago, but at the time samples were scarce. All I could find on the internet was her signature and one ragged sample of regular writing. Now, fortunately, a few more samples are available, though not as many as I would like.

Fortunately, there is quite a bit of handwriting on the web from the Mahatma Letters.

I have a good selection written in 1880 and some others up to 1884. Curiously, while appearing to be written by the same person, the 1883 KH letters have significant differences in some letter formations from the ones from 1880. Such changes usually do not happen in an adult individual over such a short period unless a conscious attempt was made at making a change.

For my comparative analysis I will mostly concentrate on the 1880 samples of the Mahatma letters as they are consistent in style and I have plentiful samples of them. Here is the site from which they were derived.

For HPB’s handwriting I used all the readable samples I could find on the web. They are located at these links.

The question now before us is this. Were the samples I have of the K.H. Mahatma letters all written by Madame Blavatsky, or by K.H., or some by K.H. and some by a scribe? In other words were there one, two or three writers involved in the samples?

First let us put out the samples for the reader to examine. Here is one from HPB in 1882

And here is one from KH, verified by HPB as written in his handwriting:

The untrained eye will see that none of these are an exact match, but they do have similarities.

Few realize this but one of the first things a forgery expert looks for are two sets of writing that are very close to an exact match. If he finds such a thing then he can be 95% sure that a forgery is at work.

Just take a look at two or three of your signatures. They have similarities but they are not generally close to an exact match. Everyone’s handwriting will have some variation in it. Intelligent people will generally have more variation than the average person.

HPB was far above average in intelligence and, not unexpectedly, her writing varied much more than average. This is a good part of the reason that no one has been able to make a convincing case as to whether or not she wrote the Mahatma letters. She was a complicated person who was very versatile and adaptable. If she wanted to pull of a trick or two she would be quite good at it.

Now whether we love her or hate her we must take off the blinders and look at the evidence as it exists in the real world.