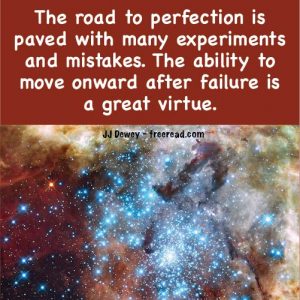 Larry asks about Joseph Smith and the doctrine of polygamy. In many ways he seemed like such an enlightened man yet the practice of plural wives seems to be a step backward to many.

So what is the answer? Was he inspired of God in this odd teaching, was he lead by his own desires or is there something more than this on the table?

The truth is that the initiates of most major religions, organizations and groups are working for the cause of Light. They are given a certain amount of inspiration and revelation but are not given all the details. The details are usually filled in by the disciple who is working directly with humanity and tunes in to the need of the time and place. Even if a disciple is working directly for the Brotherhood of Light and receives revelations periodically, when the disciple makes a mistake he is usually not corrected.

The Brotherhood has learned painful lessons on their own plane about the dangers of assisting too much and with rare exceptions they will give the disciple the basic vision to materialize the next step in the Plan and will of God and then let him or her proceed. The disciple is then only corrected if he honestly seeks further instruction and correction.

As it is even disciples who are relatively successful usually make their share of mistakes and a lot of it has to do with tapping into thoughtforms created by mistakes from past disciples and teachers, or a distortion of such teachings which are absorbed by the group or race as a whole.

According to DK she wrote most of the Mahatma letters herself and arraigned to have them mysteriously delivered to A. P. Sinnett who believed and proclaimed them as materialized letters from the Masters.

She learned about regular magic tricks in her early travels and used her skill in magic to give people signs that she had supernatural powers when the Masters seemed to be ignoring her.

She swore like a trooper and preached purity of diet and the benefits of vegetarianism, yet sometimes ate meat herself and smoked up to 200 cigarettes a day. Failing to take better care of her body as she knew disciples were supposed to do took at least 30 years off her life and her last ten years were lived in great physical distress with failing kidneys.

Through all this the Masters did not correct her but gave her what was necessary for the time and hoped for the best.

As it turned out, despite her shortcomings she lived up to expectations in bringing the hidden teachings from the East and introducing them to the West. Without her great contribution many of us would not be talking about spiritual philosophy on the level that we do.

Joseph Smith was another flawed servant, yet one who also made great contributions and laid seed teachings which are yet to bear fruit.

He received a revelation on the Molecular Relationship, but was unable to understand it in its fullness because the knowledge of the relationship of atoms and molecules was not available to him in that age. He had to put together the details of the divine order with the knowledge which was in his brain at the time.

He called his various glimpses of the Molecular order by several names such as the “holy order of the Priesthood,” the New and Everlasting Covenant of Marriage and Celestial Marriage.

As he was putting together the pieces he searched the scriptures and found that the patriarchs of the Bible had multiple wives. Because he saw that some molecular relationships could have multiple partners of the opposite polarity this Biblical doctrine of plural marriage seemed to fit the pattern.

He began to create various molecular relationships and most of them were puritanical (as all DNA testing reveal no evidence of children) until his relationship with his wife went extremely sour and he fell in love with Elisa Snow.

He did not dare divorce his wife because of the damage it would do to the church, but his love for Elisa did cause him to write a revelation that would eventually make plural marriage an official doctrine of the church. Unfortunately, we do not have a copy of the original and many believe that Brigham Young made changes that added in the approval of plural marriage. At the end of this revelation it was written that more would be given on this subject at a future date. In other words, he did not yet have the full picture but was proceeding with what he understood at the time.

So is plural marriage itself right or wrong?

There is nothing wrong with any relationship if pursued harmlessly by free will, but where plural marriage in the Mormon church went astray was that it was promoted as the will of God and many entered into it against their will because they were told that this was Gods decree.

The principle to work toward in all relationships is the balancing of energies and with multiple partners the energies of all are usually thrown off balance. The greatest balance is achieved by a one to one relationship when we are talking about anything involving sex.

Joseph realized that many of his teachings would be distorted and wrote some of the most important ones on metal plates of his own making and buried them just before his death. These plates will be discovered or revealed when the time is right.

Joseph died prematurely before completing his mission, but laid a foundation which will yet bare much fruit. The present day Mormon church and break-offs will have to undergo a spiritual resurgence before they can be a part of that plan.