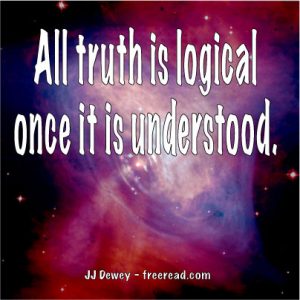 The mentally polarized person puts risk in perspective whereas the emotional/astral person does not. The astral consciousness fears risk because of anecdotal evidence that is placed in front of him whereas the mental looks at all the data.

Let us go through several examples.

When an airline crashes anywhere in the world tremendous news coverage is generated which strikes fear in the emotions of many causing the emotional impression that air travel is unsafe. But is it?

Let us put this in perspective for passengers on air travel in the United States.

Since 2009 only three passengers have died in a commercial flight taking off in the USA. That is about a half of a death per year.

How does that compare to auto deaths? Since that same time we have had 30,000-35,000 auto deaths a year plus untold suffering through injuries.

Yet how many people are nervous about boarding a plane but have no fear of getting in a car to go shopping?

Does not compute unless you factor in the unreasonable emotional factor.

There are many things more dangerous than boarding a plane in the United States such as.

Falls – most of them around the house, produce 30,000 deaths per year. In addition 38,000 died through unintentional poisoning.

Most people are not afraid of their doctor, but medical errors cause 250,000 deaths each year.

In fact you are more likely to be killed by a bear, or by taking a selfie than dying on an airline in this country.

The fact is this. When several hundred people die instantly in a dramatic air crash more publicity is generated than 50,000 people getting killed off one or two at a time.

Because of the publicity the illusion is created that air travel seems much more dangerous than it is.

Much of the recent racial tension is caused by the same type of illusion. Certain types of incidents get most of the coverage creating the illusion that such incidents are the norm.

For instance, there have recently been several shootings of black men by police that appear to be without merit. Most likely the cop involved didn’t wake up in the morning thinking he was going to seek out a minority to kill, but overreacted and made a mistake.

The fact is this. When you have over a million police officers in this country one or two of them are going to be making an error in judgment at any given time.

“But,” says the offended one, “It is obvious that the police, especially white guys, are biased toward blacks and it’s like they are picking them out for targets?”

And why does it seem this way?

For the same reason that it seems that air travel is so dangerous. Certain shootings, such as happened in Ferguson and Minnesota recently (2016) received more publicity than thousands of other blacks murdered during the same period. Taking two or three incidents out of thousands and giving them most of the publicity gives the illusion that the publicized abuse is the norm.

Roland G. Fryer Jr., a professor of economics at Harvard, himself an African American, because of the lopsided media exposure had the impression that there was an unwarranted amount of black killings because of bias. He decided to do some research to find out the truth. The results surprised him.

Whereas he did find some evidence of bias in certain types of actions toward blacks this was not the case with police shootings. After examining data in ten cities examining 1,332 shootings between 2000 and 2015 the New York Times reported his findings that “officers were more likely to fire their weapons without having first been attacked when the suspects were white. Black and white civilians involved in police shootings were equally likely to have been carrying a weapon. Both results undercut the idea of racial bias in police use of lethal force.”

Fryer’s research, as well as other investigations, reveal that there is no wholesale war to take out African Americans. It is unfortunate indeed that the media gives such lopsided coverage that not only gives the wrong impression but produces anger and racial divide that has created a backlash creating a real danger for our police officers, most of whom are doing their best to serve the public good.

Some illusions are just threatening to our sense of truth, but others, like this one, can lead to much danger and civil unrest.

Again the mental person who is in harmony with the focus of the new age will not judge situations like this based on what the media tells him to think, but he will seek out the truth from real data and reasoning and come to conclusions that see through the hype of the media.

There are many other areas of life that are distorted by the media, Hollywood, politicians and various authorities. Instead of just swallowing what is placed before us, that may appeal to the feeling nature, the true Aquarian age person will seek out the facts and use pure reason to come to justifiable conclusions on such subjects as:

Candidates to vote for.

Education of our kids

May we rise up above the fog of emotional polarization and see things as they are through the clear light of reason is my prayer.