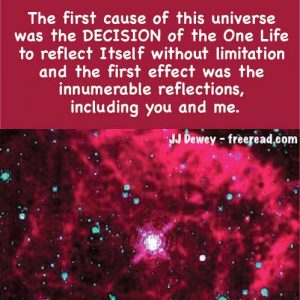 The Question: “He who has fear yet overcomes this barrier will reach the soul before he who has no fear and does not overcome it. What is it?”

Several guessed “indecision:” which is the key word.

Other great answers were given and I regret that I do not have time to comment on them. A number of you could make the case that you have the best answer.

Let me tell you why I see indecision as being a greater barrier than fear.

While it is true that much indecision is caused by fear there are many who are indecisive for reasons other than fear. Maybe the person has inertia, is lazy or just disinterested in applying himself.

A person can be indecisive and have no fear as a cause, yet there is no fear that can stand in the way of a powerful decision.

The two most terrifying moments of my life came about because of supernatural circumstances and I have not written about them before. The terror, I assure you, was much worse than facing a firing squad.

In the first incident I was only 16 and the fear paralyzed me with indecision. This indecision haunted me for about five years.

Then after I came to grips with myself the second incident occurred but this time even though my fear was great, I reached into the innermost resources of my being and made a firm decision and stayed with it. For me it was the most difficult decision imaginable and I hope and pray I do not have to make such a decision again in this life or the next.

Even so I owe more to this decision than anything else that has happened in my life and if I had not made and held to this decision arrived at in the midst of terror I would not be here writing to you tonight. In fact the instant my decision was definite I had a great spiritual experience that eclipsed any fear or negativity.

The fear is now long gone, but the benefit of the decision shall forever remain.

Look at some of the most indecisive people you know and you’ll notice that many of them do not seem to fear much. In fact they often do not feel much or care for much period. Unless a person’s power of decision can be amplified through force of will or circumstance the soul will never be reached by him. Yet I have learned by experience that even great fear is no barrier for it can be immediately cancelled by a powerful decision and if such a decision is in alignment with the will of the soul then you immediately move toward the Kingdom of God and soul contact.

What I write can be realized to be true because it can be proven by experience and that which we prove through experience is to be trusted until a higher experience gives additional light.

Comment: “Even though I know the power of decision, I still stumble around like a lost soul.”

This will always be the case for a period of time when we enter new vistas of learning. The important point is to eventually get hold of yourself, use the power of will and decide.

Question: So now, how does decision relate to reaching the soul?”

Honesty which is under discussion is also extremely important after the decision to move toward soul has been made. We have already covered this to some degree, but I will make more comments soon.

Group soul contact is an ideal which shall soon be achieved. In a Molecule of twenty-four individuals each person involved must be capable of such contact or contact for the group as a whole will not be achieved. The weakest link determines the power of the spiritual flow.

We have seen in this group how one person can create division and in division the power of the soul is diminished to the group as a whole (though not to individuals) and then we have seen how a more unified group as we have today brings a greater power of soul and peaceable things of the Spirit.

There is a time for personality and a time for soul. This group first had to grow and develop its personality and now that is accomplished the time has come that the group become more directed toward oneness wherein lies higher contact.

There are advantages to the written and also to the spoken word in reaching the group soul. In written communications the group avoids much of the emotional heat that a gathered group would have, though you would hardly know it by observing some posts in times past.

The advantage of the spoken word is that a teacher can speak from the soul and if the words are eternal words, spoken in the language of the principles, then they are carried through the medium of soul to the hearts and minds of the group, or as it is written in scripture:

Question: There are three ways a group can become as one voice.

What are these three and what is the difference in the quality of the oneness?

Oneness on the emotional level does indeed have a positive and negative to it. It is positive when a team camaraderie is developed around a positive goal.

It is negative of course, when some type of mob mentality is developed and participants in oneness are unable to check themselves while headed toward the edge of a cliff.

Oneness on the mental level is more sophisticated and stable than the emotional. To disturb this oneness new facts have to be discovered, but to disturb emotional oneness all it takes is for feelings to change. If feelings change for people who are polarized emotionally then it does not matter if the truth of the facts remain the same.

Oneness on the soul level is very rare. It has sometimes occurred in the foundation stage of some of our more benevolent organizations, but has rarely occurred after they have become established, except among small pockets of members or participants.

A point of interest here is that spiritual oneness encompasses the oneness of the mind and emotions. In addition the oneness of mind encompasses the emotional. The higher includes the lower, but the lower does not comprehend or encompass the higher. For instance, one polarized in the mind can ague with an emotional person and will find that reason and logic will merely confuse or enflame him.

Over 90% of humanity are controlled in some degree though emotional oneness and this is the power behind the mark of the Beast.

3 thoughts on “Decision and Group Soul”