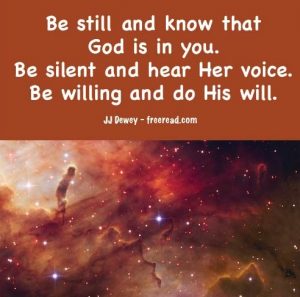 Many people feel annoyed when accosted by Fundamentalists. They can be obnoxious at times.

I, however, actually enjoy the experience and you can too with a little preparation.

First there is one prime ingredient that you must have within yourself in order to turn the tables on them.

You must be absolutely sure that their version of reality is distorted so they will have no power to make you doubt yourself or arouse the fear of hell within you.

There are many who were taught fundamentalists principles as a child and later came to a realization of a more loving God, yet because of nagging doubts and a residual fear of hell, the person becomes flustered when accosted by these born-againers from time to time. This may not be the case with you some but I assure you that residual fear and doubt is a thorn in the side to many.

After I “graduated” from the Mormon Church in 1979 I attempted to enlighten my fellow Mormons for a time. Some really liked what I taught them, but as far as severing their ties and moving on they would say something like this.

“If you are right and the Church is wrong then I do not have a lot to worry about for I will get chance after chance until I progress forward and the worst that can happen is that I will waste a few lifetimes.

“BUT, if you are wrong and the Church is right and I were to get excommunicated for being an apostate then I could become a son of perdition and reign with the devil and his angels for all eternity. That’s a lot more serious mistake than a couple lifetimes wasted.

“Now I think that what you have taught me is probably true, but I am not 100% positive and as long as there is one chance in as thousand that the church is right, I will keep my big toe in the door and follow their rules.”

It is sad that a one chance in a thousand possibility in the direction of fear can produce more motivation that a 99% surety in the Love and goodness of God.

Thus it is of extreme importance that each person on the path obtain his own soul contact and have a witness of the goodness of God and know within himself that if he follows the highest that he knows, that he or she will not be under any condemnation.

We will make mistakes now and then, and suffer the natural consequences, but if we have any faith at all in the goodness of God we will know within ourselves that God will never hold one under spiritual condemnation who is struggling to follow the highest he knows.

Now if a person is 99% sure that a certain path is correct and refuses to take it because of fear, he is not following his highest light. Any rejection of light creates a state of greater darkness than before the light was seen and this can cause the pilgrim to wander off on strange paths that can be a cause of much delay and pain before the path is regained.

So if you are fearless and planted with your feet on rock and not sand, then you can stand and prevail against any person who challenges you from an illusionary viewpoint. They can be from a religion or cult that you know nothing about and you can still confound them.

All you have to do is to carefully listen to them and then ask them questions to make them explain themselves.

Ask them questions such as:

Where does it say that in the scriptures?

Half the time they cannot find a reference to what they are saying and if they do and if you read the context back to them and interpret it yourself they will become enraged.

What do I need to be saved from?

The Devil you say? What is the devil doing to me that requires me to be saved from him?

Hell you say. If I am not in hell now why would I be in hell after death?

Why would a God who is good throw a person like me who loves Him into an eternal fire? It sounds to me that you are the one who needs to be saved from this fearful belief.

I mentioned previously that I had fun with a fundamentalist when he asked me if I accepted Jesus into my heart.

Now I knew that this idea was not even taught in the Bible so I asked him.

Where in the Bible does it tell me to accept Jesus in my heart?

The guy’s brain about started to smoke as he attempted to find a scripture relating to his most often repeated mantra.

I remember when the controversial movie – The Last Temptation of Christ – came to town and we went to see it. As we were waiting in line a group of born-againers accosted us. They had a great captive audience because no one was about to ruin their night and leave their place.

Born-Againer: This movie is blasphemous and will take you away from the real Jesus. You should leave right now and not see it.

JJ: Have you seen the movie?

JJ: Then how do you know it is blasphemous?

Born-Againer: I’ve read about it.

JJ: How do you know that what you’ve read is correct?

Born-Againer: I trust my sources.

JJ: And you know this because…?

Born-Againer: I just know they are reliable.

JJ: Yet you tell me to not go to this movie because it may take me away from the real Jesus, but your reliable source went. Maybe this reliable source is lead astray by the movie and also leading you astray?

Born-Againer: I tell you my source is reliable.

JJ: So what is there about the movie you have a problem with?

Born-Againer: It portrays Jesus as having sex with a woman.

JJ: But this was his last temptation on the cross. He dreamed of having a regular life, getting married and having a family instead of being on the cross. Are you saying that it is a sin to dream?

Born-Againer: Well, no, but Jesus would not consider having sex.

JJ: Where does it say that in the Bible?

Born-Againer: It says he is without sin.

JJ: So are you saying that getting married and having sex is a sin?

Born-Againer: Not for us but it would have been wrong for Jesus.

Born-Againer: Because he could not have sex and be our saviour.

JJ: Are you saying that sex is always evil?

JJ: Maybe Jesus was married and did have sex. Can you show me any statement in the Bible that says he was not married?

The guy started getting frustrated as we left him and entered the theater.

But notice my approach. I was the one who took charge and asked the questions. Usually they keep control and they ask all questions, but it is a simple thing to turn the tables on them. You take the offensive, you ask the questions and they will be beside themselves and it is a fun dialog to experience.

Readers might want to review the series I posted recently called “Questions for Christians.” Follow the line of reasoning there and it will be easy to confound these deluded ones.

One thing to keep in mind as we move ahead in doctrine from the fundamentalist churches is that even though you have truths gained through your religion, because of the traditions of men, these teachings have become rigid and the vision blurred toward the true reality.

You’ll find that numerous teachings given here will seem to contradict many scriptural beliefs at first, but then after they are examined with an open mind the harmony with the real wording of scriptures will be quite close, actually closer than the religions.

Yes, it is possible that Christ could incarnate at any time. He has the power and can do so if he chooses. He also has the power to materialize a body and walk among us. Religious people keep telling us that God and Jesus have all power, but at the same time their hands are tied and there are many things they cannot do, such as save damned souls, take a body if they please etc. This is a contradiction of belief they do not seem to want to face.

I do not believe that the Christ has incarnated among general humanity in the past 2000 years, but has worked through the process of overshadowing disciples to varying degrees and working directly with mankind in this manner. I know that he worked with Winston Churchill during the War and inspired his words when he gave his “We shall never surrender” speech” as he became prime minister to face Hitler.

Could one who has overcome death incarnate back with us regular mortals and retrogress?

Because our free will is an eternal principle this is always a possibility. In fact one does not have to be in incarnation to make a bad decision.

Consider the one the scriptures called Lucifer. He lived a life on another world and overcame death (was exalted in Mormon language) but he (and actually one other immortal) fell from their high station.

Question: Tell us more about Adam.

The first Adam, or the first self conscious man, was indeed “the only God with whom we have to do.” The Highest Master, (or God) of this earth incarnated in human form and became the first man. This did not happen 6000 years ago, however, but millions of years ago. This one who the scriptures call the Ancient of Days overcame death on a previous world.

And what about this scripture?

“And the graves were opened; and many bodies of the saints which slept arose, And came out of the graves after his resurrection, and went into the holy city, and appeared unto many.” Matt 27:52-53

Many graves were open, but were open by the earthquake that happened at the crucifixion. Some did see visions of saints from the spirit world, and perhaps several saw Masters in immortal bodies making an appearance, and merely assumed that they came from the open graves.

Christ opened the door for others to unite body and spirit, but the interpretation most religions have of this scripture is not entirely correct.

Tells us more about remembering past lives.

Using regression techniques is the easiest way. However, some regressions are accurate and some are not. When a seeker reaches the point of liberation he will often have some or all past lives revealed – if such a revelation is helpful. We do not have the memories because they would distract us in our present life missions.

More important than regaining memories for most of us is obtaining a clear concept of the principle. Without this knowledge the person is drawn into all kinds of deception which paralyzes his progression and wastes his time.

A large portion of higher knowledge cannot be understood without the understanding of reincarnation.