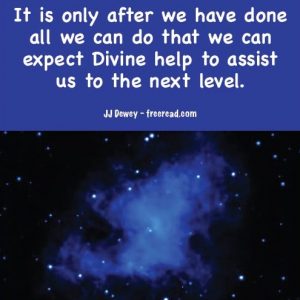 Where are the Avatars?

Down through the ages believers have looked for an avatar, a Moses or Messiah to deliver them from their problems and conflicts. Indeed great beings have shown up from time to time, but often they have been largely rejected by their generation.

Today the Christian world awaits the Second Coming of Christ, The Buddhists look for Maitreya and the Muslims watch for the Imam Mahdi. In addition many Mormons anticipate the coming of One Mighty and Strong before Christ appears.

Students of Alice A. Bailey writings are looking for a number of avatars. In addition to looking for Christ to appear they expect a numerous masters and avatars to show up. Avatars will either be great beings in incarnation or they will be overshadow a devoted human.

“It is not permissible to say more in connection with the plans of the Great Ones. Their appearing will not be simultaneous in time, for the people could not stand the tremendously increased inflow of force, and recognition of Them and of Their methods will depend upon the intuition, and the training of the inner senses. They come with no herald, and only Their works will proclaim Them.”

That last statement, “only Their works will proclaim Them” eliminates a lot of self proclaimed great ones who want attention because they think they are the reincarnation of a great one from the past.

DK tells us to expect an advanced revelation soon:

“Occasionally (usually once in a century after Their Conclave at the close of the first quarter) there is the imparting of a more advanced body of teaching. This teaching will only be recognised by a few of the foremost disciples in the world; it will, however, prove to be the ordinary form of occult teaching during the next developing cycle. It is this type of work which I have been endeavouring to do with the aid of A.A.B.”

In support of this he tells us that he will reveal new teachings around the year 2025.

DK finished his work with Alice A. Bailey in 1949. His writings reveal that he had high hopes for humanity between then and now. A number of avatars were supposed to have appeared. It even sounded like Christ should have been here some time ago. A great extra planetary avatar called the Avatar of Synthesis was supposed to be working with individuals and groups inspiring them toward great service.

The question many are asking is, “Where are the avatars?”

Sure, there have been strong leaders and innovators show up since 1949 but where is someone who is changing esoteric thought as did H. P. Blavatsky, and where are writings with depth as revealed through Alice A. Bailey or where is a new Holy Book as influential as the Book of Mormon?

We have great material available written before 1949, but where is the new stuff? Have we flatlined as a people?

DK tells us the principle behind the appearing of avatars and it is that of evocation. Just as the enslaved Israelites cried out for a deliverer which brought them Moses, even so must humanity cry out for more light and truth before the great ones can manifest. Keep in mind that they can manifest at any time. Even if a Master is not in incarnation, he can overshadow a disciple and become present on the physical plane when properly evoked.

So if students cannot find the avatars they think should be here it is because they are not reaching out to them and not seeking as they should.

Indeed, it does sound from DK’s wrings that we should have made much more progress toward the New Age than has transpired. DK was hoping that we should have achieved reasonable world unity and instead we have people going at each other’s throats more than any time since the American Civil War.

DK did not claim to be infallible in predicting the future. He said:

“Again I tell you that even the Hierarchy itself, with all its knowledge, vision and understanding and with all its resources, cannot coerce and cannot forecast what mankind will do.”

Externalization of the Hierarchy, Page 113

“I have told you frequently that the Hierarchy itself does not know what decisions humanity will make in world affairs, or if mankind will profit from proffered opportunity.”

So even though Christ and his Hierarchy had high hopes for the people on this planet, all things cannot be predicted because of free will. Even though the forces of light won World War II and it appeared that a path was set toward great peace, enlightenment and achievement humanity can create its own obstacles through falling for illusion and glamor.

There are five reasons that seekers have not seen the predicted avatars and new revelations of truth.

(1) The powers of darkness and materialism are always more cunning and seductive than anticipated. They present seductive ideals, but materialist methods that violate free will to achieve them. This has caused a great division centered around the Principle of Freedom.

We fought the Great War to secure freedom, but still the door to the insidious evil that enslaves minds is not shut or sealed. We have been tricked into letting it stay open.

(2) Seekers hold on closely to the founding documents of their belief system and see the teachings in black and white terms. They reject anything that is in conflict or goes beyond them, or in many cases just uses a different vocabulary. There is more light and truth available than meets the eye.

(3) Students may be very devout in adhering to their belief systems, but many neglect running all other teachings they encounter by their own souls. Truth speaks to the soul whereas pleasing illusion appeals to the personality.

(4) Many of those who are sensitive to true principles do little to act upon them.

(5) Many who have come in this cycle with an important mission to manifest light have been captured by illusion and have not found their true path.

As it is the most successful lights have appeared in the world of technology rather than spiritual thought. This has created somewhat of an imbalance. We have great technology, but are lagging behind on right human relations because of a lack of success in spiritual progression.

Nevertheless those who are sensitive to inner contact must keep moving forward and seek to ever evoke the help of higher lives to avert a possible holocaust not seen since Atlantis. We still have better than a fifty-fifty change of bringing in a new age of peace and establishing right human relations without an apocalypse. Let each of us do our part to make it happen.