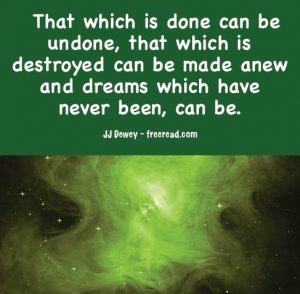 Question: “Could you clarify the principle of worship?”

When John saw his vision and was visited by an angel it was written:

Why did this angel tell John it was wrong to worship him?

Answer: Because he was a fellow servant and a brother.

What is our relationship to Jesus?

Is it not the same? He washed the disciples feet to illustrate that he was their servant and taught that the greatest in the kingdom of god is he who is the greatest servant.

It is also clearly stated that he is our brother:

“For both he that sanctifieth and they who are sanctified ARE ALL OF ONE (one Spirit): for which cause he (Jesus) is not ashamed to call them brethren.” Heb 2:11

He is also called “the firstborn of MANY brethren.” Rom 8:29

It is because that Jesus was a fellow servant and our brother that he responded as follows:

“And, behold, one came and said unto him, Good Master, what good thing shall I do, that I may have eternal life?

And he said unto him, Why callest thou me good? there is none good but one, that is, God: but if thou wilt enter into life, keep the commandments.” Matt 19:16-17

Notice that Jesus did not even allow this person to call him “good” let alone worship him.

What is the principle behind worship?

The answer is as follows:

“But the hour cometh, and now is, when the true worshippers shall worship the Father in spirit and in truth: for the Father seeketh such to worship him.

God is a Spirit: and they that worship him MUST worship him in spirit and in truth.” John 4:23-24

I realize that most LDS believe this scripture was altered because it does not conform with their view of God having a physical form. Nevertheless, I believe it to be accurate and that it contains a lesson on the true principle of worship.

The reason the angel stopped John from worshipping him and that Jesus would not allow himself to be called “good” is that to do so is a form of idolatry. Both were examples of humans giving glory that belongs to the one God to the form of a man.

The basic commandment to avoid worshipping images is given as follows:

The reason we should not worship images is given as:

The consuming fire of the Spirit of God has no form and this one universal God of which we are parts of this whole is what we are to worship.

There are several times in the scriptures where it does seem that Jesus allows himself to be worshipped. Since he was in the form of a man why was this allowed when the principle of worship is to worship God as a Spirit in Spirit and truth?

The answer is that Jesus or any other Master can look into the hearts of men and even though disciples may be showing reverence in their presence, if the Master sees that the person is giving Glory through the Spirit to the invisible Spirit of God and not the image of a man then he will not interfere with the reverence, but participate in it himself.

If the Christ, or the Lord of the World, were to appear to you in human form and you were to attempt to worship him as a personality he would stop you, but if you were to worship with your Spirit and sense the Spirit of God in the presence of the Master then it would be allowed.

Question: “What is the relationship of John to the Christ?”

I believe there is a relationship that goes beyond what is given in the Bible but it does not matter because:

“But he answered and said unto him that told him, Who is my mother? and who are my brethren? And he stretched forth his hand toward his disciples, and said, Behold my mother and my brethren! For whosoever shall do the will of my Father which is in heaven, the same is my brother, and sister, and mother.” Matt 12:48-50

Question: Were Moses and Elijah messiahs in their time?

That which Paul called “the body of Christ…composed of many members” did not begin with the Christian church, but some before Christ realized oneness with God and became Masters of Wisdom.

There are two stages of overcoming death. The first is to reach a stage in consciousness where you have power given you to rejuvenate your body and live on as long as you desire here on the earth. Both Moses and Elijah achieved this, but since that achievement they have incarnated again. For instance, we are told quite clearly that John the Baptist was Elijah come again.

The “better resurrection” mentioned in the scriptures was that achieved by Jesus in cooperation with the Christ. With this “overcoming” the Master had power to allow his body to be destroyed, yet can raise it up again. He also can change his form if desired for he is a Master of form.

I was asked if the Dark Brothers have worked to take followers away from the original teachings of the Catholic, Mormon and other churches.

The answer is a definite yes. Whenever any inspired teacher appears every effort will be made to distort the truth presented. After the teacher is gone there is usually a vacuum created that the dark ones seek to fill with their people.

If we were to create an organization based on established principles it would be corrupted within two generations no matter how perfect the beginning was.

Question: “Are there beings on the earth who have/had some direct access to the Solar Logos as well, is that possible?”

Lots of people think they do, but the main communication with this great entity is the Ancient of Days, the planetary Logos, and those in his Molecules.

The Christ has some understanding of Him but most of this is sent down to Him from the Ancient One.

We must pray in spirit to the one God of which we are all parts of his body. After your prayer is sent forth in faith it will be picked up by a higher life who realizes his oneness with God and if it looks like an answer to your prayer will indeed be helpful assistance of some kind may be forthcoming.

Sometimes you may pray to God for help and a friend who is in tune with the Spirit may pick up the plea and help you right here on the physical plane.

The Catholics make a big mistake in praying to saints instead of the one God. Some of the Saints they pray to are now living in physical bodies as regular mortals.

Question: “Do any others besides the dark brothers suffer a loss of their souls for a round of creation?”

The only way to enter the path of destruction is to completely reject the Spirit of God, the Love of God and the Will of God in favor of the isolated will of the lower self. The Dark Brother thus creates an impenetrable wall between him and his source of life. When this happens all that is him as an individual begins to disintegrate until all that remains is his formless spirit, or Intelligence as the Mormons call it.

This total rejection of God is called in the scriptures the unforgivable sin and those who commit it are called the Sons of Perdition in the Bible. The darkness they enter is so great that it takes several lives of sustained selfishness to seal the door to life.

Such destroyed entities must wait for the creation of a future solar system to get another chance at evolution and start all over from the beginning, a waste of billions of years.

All other entities who do not totally reject their Creator will eventually find the path of life and move on to liberation. Some of us take more prodding than others.

Fortunately, only a small number continue on the Left Hand Path until they reach the point of no return.

Someone asked why I refer to God as a He.

The One God who permeates the universe is composed of both all males and all females, but because of the limitations of English I must call such a being a He, She or It. I prefer He, but if others want to use She or It this is fine with me. Others call IT a Father/Mother God but that takes more keystrokes than “He.”