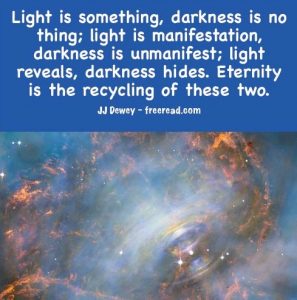 A reader made the point that third parties are not needed and instead of relying on others we should go directly to God and receive our own revelation.

I agree that “The revelations of God come to those individuals that seek them.” But if you receive a revelation that I have not received then you become a third party. Does that nullify the veracity of your revelation and make it any less true?

Jesus, Joseph Smith and Paul were third parties who received revelation that are available for us. I notice that you use and accept these third parties.

“Unto whom much is given much is expected.” When one receives higher knowledge or ability he is expected to share it and help others achieve all that he has accomplished. The very name of Jesus Christ means “anointed to deliver,” Thus if we take upon ourselves this sacred name we do become a third party for others to a degree. We then seek to be a servant to our brothers and sisters and helping to deliver them from the disadvantage of the picture with missing pieces by sharing the knowledge of the more completed picture. They can then use the eyes of the soul to discern whether or not the new vision of the picture is correct.

I thank God every day for the third parties who have taught me, but they do not in any way take away from my free will in seeking any knowledge or soul confirmation I desire.

Now what is indeed in error is for a third party to take the place of God in a persons mind so he will not seek his own revelation and soul confirmation on revelations which have already been received. I’m sure we both agree on this.

Where are the Revelations?

This was not my implication at all and I believe that most understand that.

Here was my question:

“If the light and knowledge presented here is not in alignment with the Purpose of God, then where are the revelations from Him? Do you have them, or did God fall asleep with the death of Joseph Smith?”

Now most Mormons and disenfranchised Mormons that I know do not recognize any new knowledge or principles that have been revealed since the death of Joseph Smith. Therefore, if God has not given a message for the world for over 150 years it does seem that He is sleeping on the job. If he isn’t sleeping then where are the revelations??? We are surely as worthy of them as were the people in the 1840’s when this country still had slaves and thought the Bible supported such a travesty.

My belief is that over the past 150 years that God has given many revelations. I was about a million miles away from asserting that I am the only one giving them out or making soul contact.

I do notice though that no one who rejects the light given through Bailey, Blavatsky, Levi and others has ventured to answer my question so I will ask it for the third time.

Note to all: The Standard Works for the Mormons are the Bible plus the Mormon scriptures.

One thing to consider about anti New Age writers is that most of these will lump Joseph Smith and Mormonism right in there with the new age beliefs and see them both as controlled by the good old devil.

Most anti New Age Christians will see Joseph’s teachings about man becoming God as being at least as insidious as anything taught in the new age.

One thing Christians should understand about all the groups labeled by them as new agers is this: Just as there is one Christ but there are many believers in Christ who we would not want to associate with – snake charmers, castration cults etc. Even so, is there only one real coming new age, but many beliefs branching off from this central theme. Some of them are quite strange, full of illusion, and then, some have quite a bit of truth.

I myself am a Christian New Ager. I believe in Christ and the inspiration of the scriptures (but not their infallibility) and also believe we are entering into a new and better age than the authoritarian age of Pisces.

In Matthew 24 it was prophesied that Christ would come at the end of the “age.” (mistranslated “world”). What comes after the end of an “age?” Duh – a new age right???

All believers in the prophesy of Christ here should be a new agers if they accept the scriptures.

Just as you can be a Christian and reject many strange ideas of the Jehovah’s Witnesses, even so can you be a New Ager and disagree with many ideas of various new age groups.

Now concerning Randall N. Baer. His brand of New Ageism (from his past) is far removed from most of the things I believe in, but I’ll tell you what. I know you have ordered his anti new age book, probably with the idea of gaining ammunition to bring us to the error of our ways. But here is what we would like you to do and not do.

We request that you do not:

Point out evils talked about by Baer that have nothing to do with the beliefs and teachings presented here. I’m sure you wouldn’t want to be called evil as a Christian for not believing in blood transfusions, as the Jehovah’s Witnesses adhere to, when you do not identify with their beliefs.

Here is what we do request:

You are welcome to present “enlightenment” to us from Baer that pertains to actual beliefs and teachings presented here.