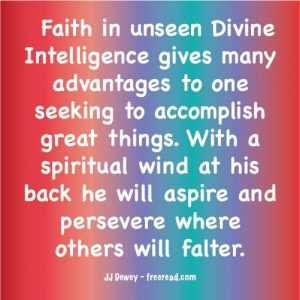 A reader asks: “So what about Sanat Kumara, Lord Maitreya, Sananda, et al? I see the Ancient of Days in Book II. How do they figure in your understanding of things?”

Sanat Kumara is the Ancient of Days. He works within a molecule of seven including himself. H P Blavatsky gives the names of these entities as follows:

The Exoteric four are: Sanat-Kumara, Sananda, Sanaka, and Sanatana; and the esoteric three are: Sana, Kapila, and Sanat-sujata.

These compose the main members of the inner council chamber at Shamballa.

Sanat Kumara is the representative of the outward manifestation of the Planetary Logos and came to the earth 23 million years ago to perfect the personality of the earth. There is an even greater entity which in some writings is called a “Planetary Spirit” which came here at the creation of the earth billions of years ago and he represents the soul of the Logos.

Maitreya is a Hindu word taken from the Sanskrit mitra which is a name of the Spiritual Sun and implies a meaning of “friendly, kind or benevolent.”

Maitreya is not necessarily a specific name, but more of a title and a number of entities are known by it. The fifth Kumara (The first esoteric one) uses this title and more recently it is held by the one we know as the Christ. Another of his titles in Hindu is the Bodhisattva. His name among the Mohammedans is Iman Madhi

Sananda is the name of the second Kumara. Many New Age channelers have identified Sananda as being Jesus or the head of the Ashtar command or some other thing, but he is none of these.

The Christ occupies the position as the head of the Spiritual Hierarchy, as the mediator between Shamballa and humanity. Sananda is the second Kumara close to the heart of Sanat Kumara. Psychics undoubtedly picked up a close link between Sananda and the Christ for both are firstborn sons of God.

Here is a chart of the various Hierarchies in the solar system: 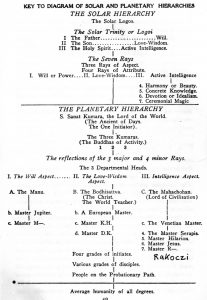 Sananda is one of the Kumaras associated with Sanat Kumara.

Look below the Kumaras and you will see the Christ – a totally separate entity.

Keep in mind that my main purpose as a teacher is not to give data on or about various entities involved in the Plan, but to teach principles. Principles is the language of the soul and when this language is learned deception will be a rare occurrence and the sons of men who are the sons of God can proceed in oneness of heart and spirit.