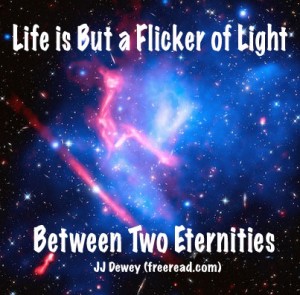 The Power of Purpose

A reader asked me to elaborate somewhat on purpose. We’ve talked somewhat about the will of God and how to discover it. Is it also possible to find the purpose of God? This is a question worthy of consideration.

DK only gives a few hints about the true meaning of purpose. He tells us that it is connected to the first ray influence and that the first ray is the least developed of the three major rays.

Scientists think that life evolves and adapts to situations because of a natural selection, but the reality is that billions of years of intelligent effort went into programming matter to make it possible for it to evolve and participate in greater creation.

We are presently in the second incarnation of this solar system and in this system the Solar Logos is placing his attention on the Second Ray, the Love-Wisdom aspect. This aspect is developing but the lives in this system are far from fully comprehending and implementing it. When real progress is made here on earth we will finally have peace on earth, goodwill to men, as was given by the herald of angels at the birth of Christ.

After this solar system has run its course it will disintegrate and be reborn in a new life with concentration on the development of the first aspect, generally called the Power aspect, but is broken down to three sub-aspects of Will, Power and Purpose, the highest of which is Purpose.

DK tells us that since the first aspect is in the infancy of development that our understanding is lacking. This especially applies to Purpose of which little is understood.

Reading his thoughts on this roused my curiosity and I spent considerable time contemplating the principle. If the esoteric meaning of purpose is far above the heads of the great thinkers on this planet then, obviously the esoteric Purpose is much different than it is defined in the dictionary today. When its true meaning is grasped then we’ll probably have to invent a new word to set it apart.

Purpose as it is generally understood consists of having a goal that one desires to achieve and then working toward it. This working toward a goal gives added value or “purpose” to one’s life.

Since the word “purpose” was used to describe this mystical aspect I figured that esoteric purpose would be related to it, but just have a higher meaning. I used this as a seed thought along with the other sub-aspects of will and power.

One day in the midst of contemplation my mind was lifted up and I was able to catch a glimpse of the Purpose of God. Indeed I saw that there is indeed no word in the English language for it and whatever I say here will be incomplete. The closest word that I have come across is the Greek word for faith, which is quite different than the modern English word. For further elaboration on this see Principle 89. Even this word falls far short of representing the full meaning. My understanding after the glimpse also falls short for he who could see the fullness of it would have all power in heaven and earth. None of us could be trusted with this.

My glimpse revealed to me how purpose is to eventually be used by humans on the earth. Here is what I came up with.

The intelligence of God knows the end from the beginning and that end is seen outside of the equation of time. This means that if a thing is set to manifest on the earth that this event is seen much differently in and out of time. In time it may seem far away, impossible and unreachable. Outside time the event already exists and nothing can stop its manifestation in time and space.

When we humans tap into Purpose we can see a piece of the plan that will manifest. The only thing between the reality of us and its manifestation is time. When Purpose is seen and sensed the disciple has a sure faith that the manifestation will come. When he sees this and works to shorten the time period between the present and manifestation he takes the side of Purpose. When he takes the side of Purpose he releases the power of faith as it is spoken of in the scriptures. The more firmly he places his focus on the Purpose he sees the more power will be given to him to manifest that Purpose. With a full vision and understanding of the effects of purpose great miracles become possible.

One of the reasons Jesus had such power to perform miracles was because he caught a glimpse of Purpose and fearlessly stood by what he saw. He saw that it was a part of the plan to manifest the Love of God on the earth. He was thus able to perform miracles because each one of them was a manifestation of love.

If a seeker wants to discover purpose he must discover the plan of God for humanity as a whole and then throw energy and attention behind it. Then his power to serve will be amplified. Let us hope we all can find a piece of the puzzle and be empowered to do our part in manifesting it.