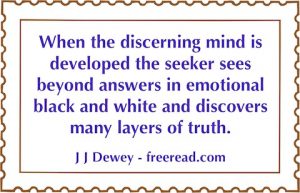 The Love of God

What do you suppose is the significance of the blending of Saturn and Jupiter as a sign of the Messiah? We shall talk about this next in this series.

We had a couple great comments on this question. Keith writes:

“The Messiah blends two qualities; the priestly (righteousness) and kingly (lawgiver & maker). These qualities are represented by the two pillars in Masonic and Templar lore. Saturn would be the lawgiver and Jupiter would be the righteous priest. The arch above the two pillars is symbolic of the blending of these qualities within the true Messiah (Christ). This blending or arch effect makes heaven on earth possible.”

I do not know where you got this Keith, but it is very well worded.

So here’s the situation at the birth of Christ. The house of Israel including the Jewish Kingdom had a long history of strict Saturnian rule. Actually this strictness extended far beyond the religion of the Jews. All over the world the common man was expected to strictly obey religious authorities, and the gods, or face torture and death. Many criticize the people of the old testament as being cruel, but do not realize that Jehovah took them a step above most of the rest of the peoples that surrounded them.

A lawbreaker or enemy of Israel was merely put to death in Israel, whereas many other peoples went far beyond this and tortured offenders with every means within their imagination. Fear of torture, for instance was the main reason Jonah did not want to go to Nineveh. It was a common reward for the victor among the “heathen” nations to put out the eyes of his leading adversary with his own thumbs.

Jesus was thus born in a situation where all were expected to obey without question, the dictates of not only the religious leaders, but the laws of the Roman empire.

Animal sacrifice was also very popular and this had to be repulsive to the young messiah.

In addition to this the type of messiah the Jews were looking for was a powerful Saturn/Jehovah type of conqueror. They wanted someone who would lead them to overthrow the Romans, make heads role and lead them on to victory.

As Jesus found himself surrounded by this negative aspect of Saturnian influence all seemed out of balance to him and none seemed to have the solution. Because there was none to teach him he went within himself and weighed what he felt within his soul with that which he observed on the outside.

He witnessed nation being cruel to nation, group cruel to group and individual cruel to other individuals who differ from themselves. This seemed very wrong to him when it seemed that a simple appreciation of the brotherhood of man would solve the problem.

His own people sacrificed helpless animals to God in hope of gaining his grace. He felt within his heart that the God he worshipped was a God of love and for such a God animal sacrifice would be unnecessary.

There was much talk of a coming Messiah who would overthrow the Romans, put many of them to death and teach them all who was boss.

If this was the job of the coming Messiah then Jesus figured that the job of Messiah was certainly not for him. Instead he dreamed of establishing a society with the sword of truth and love rather than blood and fire.

Jesus was picking up the coming influences of Jupiter which rules the age Of Pisces which he was to usher in. As he tuned into this new influence he eventually opened his vision and perfected his gospel of love and brotherhood.

In our solar system both Jupiter and the Sun are on the second Ray of Love Wisdom. The logos of Jupiter occupies a position in relation to the Solar Logos as John the Beloved Disciple did in relation to Jesus.

As the Christ consummated his mission on earth his oneness with the love of God was so complete that he attracted the attention of the great Solar Logos himself. This great being was once a mortal man himself several trillion years ago, or several solar systems in the past, but is now the most advanced being in our part of space.

The Great Logos planted a seed of his love in Jesus and he thus became the “sower of the seed.” The seed of love incarnate has been planted, but its growth is still young and the fruit is yet ripening. With the coming in of the new age it is now expected that many of us will live to be able to pick, eat and enjoy the fruit of the Love of God.

May the keynote of peace on earth, goodwill to men prevail.