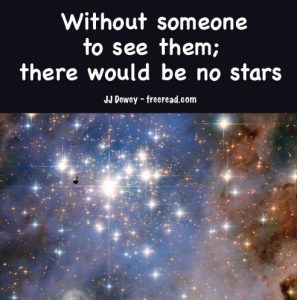 The Light of Knowledge
A Parable

There were once three teams of scholars with great knowledge of antiquities who decided to visit an ancient cave wherein there were mysterious hieroglyphics and symbols that had never been deciphered.

The first team took with them candles as their light and after much searching came upon the sacred writings. As they gazed upon them the candles were brushed by gentle drafts of air that made them dance, and the light they gave flickered, causing the images they saw to shift as moving clouds in the summer sky.

This first team thought that the candlelight would be all that was needed to read the ancient symbols for they expected them to be large, clear and easy to discern. Instead, there were fine carvings and symbols within symbols that were difficult to discern in a weak light.

Because of the faint light of the candles the finer etchings were not at all visible to the team and even the larger ones seemed to come in and out of focus and move and shift with the flickering light.

Nevertheless, the scholars did not want to go home empty-handed so they did their best to interpret the writings. One by one they stepped forward, examined the writings and gave individual interpretations.

The problem was that each interpretation was different and vague as each was guessing at the true meaning because of the difficulty in seeing. After each had spoken the senior member rose and spoke:

“We have all seen the writings and interpreted them. We seem to be saying different things, but if you listen carefully each of us is really saying the same thing. Obviously these ancients were very mysterious and wrote about universal truths in such a way that they can be seen, not only as different faces, but the same face at the same time. There are many truths, but one truth. No matter what you think and believe it is true to you and is your truth; it is just as valid or true as that held by anyone else.

“When we return we shall tell our students what we have read here and if one seems to differ from another we will tell them that the core meaning of these writings is that there is one truth with many faces and if more than one face is presented that is as it should be.”

Now everyone seemed happy with this conclusion except for one named James, who realized that the real truth had not been seen because of lack of light. He was curious as to the true meaning of the writings and was not satisfied with conjecture. Thus he petitioned to join the second group and journeyed with them to the cave.

This second group brought with them powerful lanterns so the cave would be full of light and a full and correct interpretation could be gathered.

The second group entered the cave, beamed the full light upon the writings and began reading.

Because the light was strong and steady all were able to see with the same vision and as they interpreted there were enough similarities that it seemed they were seeing and interpreting with the same accord. The scholars stayed until all the symbols were read and interpreted, and many notes were taken.

As they were getting ready to leave James noticed something interesting and said: “I think we need to stay for yet a while longer. Notice these smaller symbols within symbols. I think this is a key to a larger interpretation that we may have overlooked.”

The senior scholar rose up somewhat ruffled that this upstart seemed to have seen something that he did not and said: “These smaller marks are not keys, but merely emphasis. We have seen all there is to see here and we will tarry no longer but return to our homes and families.”

At that the group began to leave. James would have stayed and studied longer, but all the light was needed by the group to return and he was forced to go with them.

A short time after the group returned they held lectures and began to teach numerous students the meaning of the writings. They had all assumed they were of one mind on the interpretation, but as it turned out each scholar had similarities in his meaning but there were differences on key points. Many students who heard more than one scholar were confused and did not know which version to believe and thus accepted no version as accurate. Others picked a single version that sounded right and stuck with that and rejected the others.

James reflected on the results and concluded several reasons for the problem. First, there were gaps in the interpretations because all the scholars relied on their memories and notes, and they all seemed to be remembering what they read a little differently. Secondly, the full and true meaning was read by none because they overlooked the tiny symbols which would surely provide a key to the full meaning. To solve this problem James determined that a camera should be taken and the complete writings must be photographed and studied objectively. By doing this he can then show the mislead scholars the original writings with the correct translation and surely they will be grateful.

James petitioned to join the third group and he and several others took cameras and excellent lighting so they seemed prepared to finish the job.

They entered the cave and studied as before. Then James pointed out the small engravings and several took notes and saw the possibility of some higher or alternate meaning. They photographed the scene thoroughly and went home. James was placed in charge of developing the photos and circulating them to the group. After they had all studied them individually they then were to meet together and come to a decision as to the best interpretation.

James fulfilled his assignment, developed the film and circulated copies. As he sat to make his own translation he first examined the larger characters as they all did in the cave and came up with a similar interpretation as did the group earlier.

For instance, the larger writings talked about a fatherly type of God that loves and watches over us all; whereas the smaller writings explain that God can be aware of us because we are reflected in His image and God is thus within us.

James found these smaller writings much more fascinating than the larger ones, even though he realized that they would not be accepted by the general populace as the large ones would be.

A short time later the third group met together to compare translations. To James’ surprise most of the scholars completely ignored the smaller writings. Many felt they were not a part of the original, but added by some enemy at a later date. Because of the photographic record the group was able to reach consensus on the general translation of the larger symbols, but only several gave credibility to the smaller writings.

After the meeting James thought that the other two groups would be interested in the photographs and the translation. He visited several members of the second group and showed them the photos which revealed that their memories were incorrect and had corrupted the meaning. These scholars, however, had already put forth their translations and felt it would ruin their reputations to admit that they were wrong and thus became angry with James and ordered him out of their presence, calling the photos a fraud.

James was surprised by this reaction. It was difficult to understand why anyone would not want to discover the simple truth that was laid out right before their eyes.

Then the first group came to his mind. Surely they would be grateful to see these images in their clarity instead of just by candlelight. As he visited this first group he did not receive anger as a response, but something even more frustrating. The general response was something like this:

“This is wonderful that you have found meaning in these photographs and this is your truth, but the meaning I saw by candlelight is my truth and because it has no structure I can mold and blend the meaning to apply to my situation. I like my truth as I see it and since all truth is one I have no need of your photos.”

James was astounded by this willingness to remain in darkness and made one more attempt to show his interpretation, but when he made a second attempt some became irritable and told him not to force his truth down their throats and to leave them alone.

James thus withdrew from the first group and returned to the third group and called upon the scholars who also saw value in the small symbols. To his delight he found that they had gathered students and he gathered these together in private and they studied the whole picture and were filled with joy and unity as they were edified with higher knowledge.

Eventually the true interpretation became so obvious that the resisting individuals from all three groups joined in with light as grains of sand naturally fall from one part of the hourglass to the other.