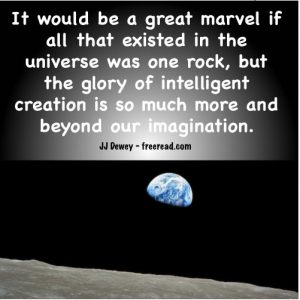 Belief in God and Intelligent Design

Back in the 1980s and earlier there was not much difference in the percentage of the political left and right who professed a belief in God and recognized some type of Divine Intelligence having a hand in creation.

Now all that has changed. The political left has taken a major swing toward the spiritual atheistic left whereas the Right has held fairly steady. Pew polls show that in 1987 there was not much difference between the Republicans and Democrats in their belief in God, but by 2012 we approached a great divide that has probably become wider since. In 2012 92% of Republicans had some type of belief in God compared to only 77% of the Democrats.

Another Pew poll revealed that in 2012 73% of the atheists voted for the Democrats and only 18% voted Republican. About twice as many Democrats reject the idea that some type of higher intelligence had a hand in the creation of the universe.

I think the polls actually understate the belief gap. I have participated in a number of forums where politics is discussed and if I, or another there, just mention any type of acknowledgement of Divine Intelligence the attacks and belittlement from the political left spew forth without mercy. Rarely does anyone from the Left even mention a belief in God in any form. Many of those on the Left who do have some belief in God often seem too ashamed to publicly admit it. The only supporting posts made in harmony with me was from believers on the Right and the strange thing is that many of those believers have a lot different view of God than I do. Even so, just the mere acknowledgement of Higher Intelligence is a unifying guidepost pointing in the direction of the Right Hand Path.

It should be a no brainer for a follower of the Bailey writings to side with the political right on acknowledging an Intelligent Designer. He says this:

The scientific way leads the aspirant into the world of energies and forces, which is the true world of occult endeavour, revealing the Universal Mind and the workings of that great Intelligence which created the manifested universe.       Rays and Initiations, Page 666

There is no hope for the future world except in a humanity which accepts the fact of divinity, even whilst repudiating theology, which recognizes the presence of the living Christ, whilst rejecting man-made interpretations of Him and of His message, and which emphasizes the authority of the human soul.   Problems of Humanity, Page 34

The most famous words of DK, The Great Invocation acknowledges God as our source of “light” “love” and “Will.” There is really no excuse for Baily students to side with the left on this matter.

Now some students siding with the left will say this: “Of course, I accept the idea of higher intelligence, but what I reject is the right attempting to teach their version of God and creation in the classroom. I do not want my kids taught that the earth was created in six days and is less than 10,000 years old.”

This accusation by the left that the right is demanding a literalist version of creation to be taught is something not centered in reality and conjured up by them as a means of attack to take the idea of divinity completely out of the schools.

First we must realize that the number belonging to the political right with such a literalist view is decreasing with each passing year. Many believers see the days of creation as unknown periods of time. Those who support Intelligent Design are not demanding that any literalist view of the Bible be taught but merely that there is evidence that a greater intelligence than humanity had to be involved in creation. That is an idea that echoes through the belief systems of all spiritual people and the various religions, but ridiculed by many on the political left.

Most on the political right who support intelligent deisign merely promote the idea that time be given to both sides of the discussion. After all, the idea that students should be exposed to the concept of Divine intelligence is in harmony with DK’s writings for he said:

“The college or the university should in reality be the correspondence in the field of education to the world of the Hierarchy; it should be the custodian of those methods, techniques and systems of thought and of life which will relate a human being to the world of souls, to the Kingdom of God, and not only to other human beings upon the physical plane; not only to the world of phenomena but also to the inner world of values and quality.” Education in the New Age, Page 49

So here DK advocates going beyond that which the right desires and teaching about the world of soul and the kingdom of God in our schools of which Intelligent Design would definitely be included.

He also said this:

“Until the aim of education is to orient a man to this inner world of realities, we shall have the misplaced emphasis of the present time. Until we can arrive in our educational objectives at the bridging of the gap between the three lower aspects of man and the soul (a bridging which must take place upon the mental levels of consciousness), we shall make but little progress in right directions and all interim activity will be inadequate to the modern need. … The objective of education should therefore be the training of the mechanism to respond to the life of the soul.” Education in the New Age, Page 11

Sounds like DK would be considered a right wing extremist if he were presenting his views today.

DK is in good company and in harmony with the words of Einstein who said this: “On the other hand, however, every one who is seriously engaged in the pursuit of science becomes convinced that the laws of nature manifest the existence of a spirit vastly superior to that of men, and one in the face of which we with our modest powers must feel humble. The pursuit of science leads therefore to a religious feeling of a special kind, which differs essentially from the religiosity of more naive people. “Einstein and Religion: Physics and Theology” by Max Jammer quoting an Einstein letter from 1936

Of course, not all who accept Divine Intelligence have their feet placed solidly on the right hand path, but this much we know and that is those who fight against the freedom to teach and merely expose the rising generation to the idea that there is a kingdom of the soul and Divine Intelligence are aiding those entities who support the left hand path.