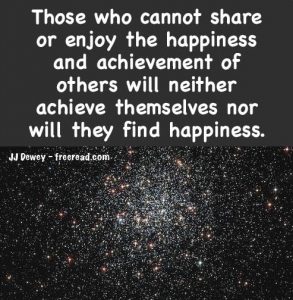 Many spiritual teachers have taught about the importance of sharing. This is one ideal inherent in both standard and alternative religion or spirituality.

An increasing number in orthodox religion are interpreting the advice of Jesus to give to the poor as support of government socialism. Most of them though see it as an admonishment to individual giving.

On the other hand, the vast majority in the alternative movements support the government imposition of socialism, including most students of my favorite teacher, Djwhal Khul. They seem to support any social program that sounds good without thinking it through to see if it adheres to the Law of Economy and the Principle of Freedom.

DK and numerous other teachers have rightly present an ideal that is hoped to manifest in a future world where the people will be much more focused on spiritual values than material ones. They see a world where people, groups, states and nations will be dominated with a spirit of goodwill, sharing and brotherhood so that those with more power and possessions will help those with less. DK said this back in 1940:

“These are: first, the recognition that there is enough food, fuel, oil and minerals in the world to meet the need of the entire population.”

Externalisation of the Hierarchy, Page 197

The earth has plenty for all, especially if humans remain free to use their ingenuity to develop products and services to meet the need.

For instance, we are in the process of developing a half dozen alternatives to oil to fill our energy needs.

Indeed there is enough for all. The only thing that prevents the basic needs of all humans being satisfied is inefficient government and selfishness on the part of many in power.

Time and time again, when food and supplies has been sent to starving people, they were intercepted by leaders and gangs and not distributed.

This was not the fault of the rich nations who helped but of the leaders of the poor and starving.

There is a time and place for direct assistance, but sooner or later each individual, group and nation must learn to develop the necessary skills and education to produce abundance for themselves.

It is interesting that many of the nations with the greatest poverty are blessed with many natural assets, such as oil, minerals, water, good soil etc. The only thing that keeps them from abundance is lack of knowledge and suppressive government.

Filling in the knowledge gap is where the Internet will come in. Many now living in poverty in the third world are gaining access and enterprising people can find educational sites where they can learn most anything they desire.

Concerning socialism and free enterprise, DK tells us that “the extreme position in either case is untenable.” (Rays and Initiations, Page 633)

So, how does the extreme manifest in socialism then?

He plainly states the problem:

“Socialism can degenerate into another form of totalitarianism, or it can be more democratic than the present expressions of Democracy.” (Rays and Initiations, Page 747)

Then he says this:

“Principle of Fusion and of group endeavour is right and part of the divine plan; its implementation by grasping, greedy and ambitious men, or by deluded disciples, is terribly wrong and will lead to disaster. This disaster the Hierarchy is seeking to avert, but the Masters are handicapped (as usual) by the relatively few upon whom They can depend, and by the lack of understanding amongst the masses of well-intentioned people.”

And just how can socialism and fusion degenerate to totalitarianism? The answer is obvious. When the State violates the Principle of Freedom and imposes social programs on the people contrary to the will of the people who will have to pay for those programs. If it works with the will of the people he tells us that “it can be more democratic than the present expressions of Democracy.”

What are the results when social programs are in harmony with the will of the people?

One of the prime things is that those who are putting up the money will feel their money is well spent and not going down a black hole. Social Security in the United States is an example of a social program supported by the will of the people. The only complaint of substance is the State raids the Social Security funds for other social programs not supported by majority will and this places the whole thing in jeopardy.

Most on the spiritual right as well as the political right will support social programs that are supported by the majority who will pay for them. Of course, the vast majority of those who get free stuff with no payment on their part will want to get as many freebies as the State is willing to dole out. They should not have power to dictate to those who are paying for the programs to pay more and more until there is nothing left to give. That lays the foundation for the tyranny spoken of by DK.

Unfortunately, the political left, as well as many DK students, do not agree with DK and are willing to use the force of the Sate to impose their social ideals, even if they run contrary to the will of the people who have to pay to implement those ideals.

This is the extreme of socialism and fusion that must be avoided, for if such steps are followed with no one putting them in check then we will reach a state where those who receive will outnumber those who pay, and this new majority of takers will then have power to dictate to a new cycle of slaves what they demand to receive from them.

This tyranny must not be allowed to materialize or the only correction will be found in the complete collapse of the system with the believers of freedom building anew.