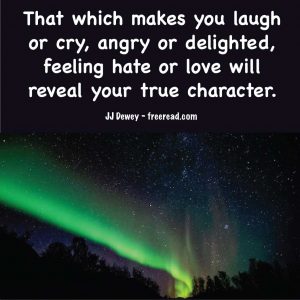 Everyone in favor of throwing Craig to the wild dogs raise your hand. Let’s see. It looks like only one hand went up. Our old friend ZOR. Too bad ZOR, you are outvoted. Now don’t pout ZOR, Craig will say something outrageous again soon and we’ll have another vote. What? You don’t want to wait? No ZOR, the group will be upset if you take the matter into your own hands. They like Craig. What? You don’t like him because he has not turned into a clone. listen ZOR. Nobody is expected to be a clone. Now stop it ZOR. You can’t go after Crag.. John, Glenys, Samu give me a hand, I think we need to throw ZOR to the dogs.

ZOR is taken and heaved into the wild dog pit. Glenys comments about what a great emotional release it was to throw ZOR in the pit.

We close our eyes. It’s too terrible to watch. Then I open mine just in time to see ZOR escape over the fence. Looks like he got just enough roughing up to get fuming mad. Oh Well.

Well, here we are back on dualities again just as I predicted. As I said before, it does not matter which subject we choose be it health, the purpose of life, discipleship or whatever there is no way to discuss any interest or philosophy in this world without the bringing in of duality. And what happens as soon as a strong duality word is used?

Someone comes forward who is attached to escaping duality and we hear a sermon on how it is us who need to escape attachment and live beyond duality.

Let me state this again. Every subject we will be discussing as long as this group exists will have the involvement of dualities. It will save a lot of painful repetition if all can accept that fact and release ourselves from the need to preach to us about escape from this world. Some of us like the dualities that we find ourselves in and get great enjoyment from it. Some of us are smelling the flowers on the way to higher evolution and there is no smelling of flowers without duality. (There can only be a good smell if there is a possibility of a bad smell).

Some have heard that the word holiness is related to the word wholeness and I believe this to be true. Therefore, to achieve true holiness one must achieve the opposite of the priests and the monks who withdraw from the world and spend every possible moment in meditation upon the formless while withdrawing from the world. These are not the whole ones, they are the lop-sided ones. They are living in only part of reality.

John (a Keys member) is a true example of one who I consider to be holy (there are others on the group, I’m just picking on him). He is very disciplined at meditation and visualization, yet this reaching the void does not consume him. He does not let his lower centers such as the solar plexus and sacral atrophy, for after hearing just a few words from him you can sense that his passions and emotional intensity is alive and well and he makes no apologies for it. He does not want to leave behind emotional love, but embraces it while it is in season and smells the flowers of love on all levels upon the path.

I can see John getting angry and raising some hell now and then, but he knows the limits where his soul does not want him to pass and can check himself when necessary.

I can see John feeling some jealousy if someone made a pass at his wife and I can see him feeling pain if she was hurt or if she packed up and left in the middle of the night.

I can also see that if the worst happened that he would exercise detachment by letting go of the past and make the best of the present and move on.

In other words, John is a fine example of one who functions on all levels of being and becoming that is practical for us to work on in regular human consciousness.

You can only reach true oneness by being whole or holy. Without wholeness the mind is split as it is deceived into thinking it is achieving a reality that lies beyond that in which wholeness lies.

There is a lot of truth in the clichés of the world such as – “The test of the pudding is in the pie.” In other words, if the pudding is truly desirable then the pie that is made from it will be good also.

Therefore one of the things I look for in the various philosophies that surface is the end result of that philosophy as it plays out in the believer’s life.

I have met, conversed with and studied people of many different philosophies and rubbed shoulders with many who see themselves as beyond duality. These people are afraid to use certain words like “evil, loss, pain, incomplete” and others in relation to themselves even if they apply. It’s as if the boogieman will get them if they use a taboo word. You speak of any enjoyment you get from duality to them and they look at you as if you are a poor misguided soul that does not know as they know or see from the higher vision that they see.

The interesting thing is that I pick up a very similar vibration from another group and that is the authorities in the Mormon Church. These authorities and the “beyond duality” new agers have much more in common than they will admit – they just use a lot different vocabulary. Here are some similarities:

(1) Neither of them are fun to go drink a beer with.

(2) Neither know any good jokes or have cutting edge humor.

(3) They both speak in a sickly sweet monotone voice that artificially seems to be an attempt at sounding like they love you and have your interest at heart, yet I have rarely felt much love from either group. If you’ve ever noted how a funeral director talks differently from the average guy you’ll get a jest of what I mean.

(4) Both of them have their followers convinced that they are unlikely to ever get angry over anything and seem to display little passion for anything. On the other hand, I have pushed buttons in both groups that shows me a lot of suppressed emotion and anger.

(5) Both groups have an air of superiority that makes you want to shake some reality into them.

(7) Both groups have formula beliefs. Go outside that formula in conversation and they get uncomfortable and attempt to get back on the formula.

(8) Many in both groups see money as undesirable unless we are handing it over to them.

(9) Both speak a lot about miracles, but rarely does anything miraculous happen to them outside of that which they imagine.

(10) Both think you have to give up freedom in certain individual areas to fulfill the divine plan.

I could go on here but you get the idea.

On the other hand, the people I do admire that I look up to and feel a sense of camaraderie and friendship with have this in common.

(1) Strong passion. Not only are their higher centers active but their lower ones are alive and well.

(2) For want of a better word, they seem like real people.

(3) Their attention is on their next step in evolution and not something obscure a zillion years down the road.

(4) In addition to being able to talk about higher knowledge they can enjoy Jerry Springer, the National Enquirer and Mad Magazine.

(5) They take total responsibility for their life.

(6) They make money by providing a real need and service to others.

(7) They are very harmless in most circumstances, but strong passion will come into play when they see injustice or hypocrisy.

(9) There’s an interesting sparkle and passion in their voice when they talk. They are not boring.

(10) Strong desire to excel and achieve.

(12) Says what they think without filtering out certain political or spiritually incorrect words or phrases.

Conclusion: I vote for associating with real people in touch with duality with real passion capable of feeling not only the love of the soul, but also the stimulating love and passion of the personality.