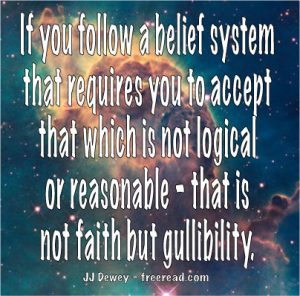 The duality = focus all pertinent facts vs focus on a few facts mixed with distortion.

This boils down to the open mind willing to look at both sides vs one who is not open and seeks to look at only that which supports his view.

The negative aspect of Ray Five works out in the political world with what is called “spin.” Politicians and pundits will carefully present limited facts in such a way that their views may look much better than they really are.

They do this by presenting certain facts and leaving out others that may change the picture entirely. Others go further and present a couple things that are true, leave out much, and then present distortions and exaggerations that are far from the true reality.

Others go further still and throw in some outright lies mixed in with a few true facts.

On the positive side are those who make a sincere effort in presenting that which is true. Even sincere ones may leave out a few facts that does not support their case, but when brought up they will at least acknowledge them. The negative ones generally do not.

Unfortunately there are not many in the political world who correctly use the positive side of this Fifth Ray energy, but take heart. We are entering the Age of Aquarius, an air sign, and air is a symbol of the mind. As we move forward in time over the next century or two humankind will become much more polarized in the mind, instead of the emotions. We are just leaving Pisces, the most powerful of the water signs. Water represents the emotions and indeed for the past two thousand years there have been many great emotional battles fought out with many of them descending to the physical plane.

When the mind dominates then the main battle will be reason against reason with the most potent battles descending to the emotional plane. Emotional battles do have some destructive effect, but nothing like our physical ones, such as World War II.

Perhaps some dialog I have written that takes place between a hypothetical true believer and a thinker will illustrate the positive and negative uses of the Fifth Ray.

Here is some dialog on the hot subject of global warming.

Where are the Deniers?

True Believer: You guys got to admit that you are on the wrong side of science and fact with your denial of climate change.

Thinker: And who is it that rejects the idea that the climate changes?

True Believer: Almost everyone on the Right.

Thinker: Can you find me one?

True Believer: Probably you for starters.

Thinker: Wrong again. I accept the fact that the climate has been changing. In fact it has been changing every year for billions of years. I have never met one of these illusive climate change deniers the Left is always conjuring up and I doubt if you can find me one anywhere.

True Believer: You know what I mean.

Thinker: Maybe, but you do not seem to know what you mean. Now instead of saying what you don’t really mean in an effort to demonize the Right how about starting over by speaking accurately? You don’t really think that people on the Right do not believe the climate changes do you?

True Believer: Well, yes, I suppose most people realize the climate changes over time. I’m talking about human caused climate change that is denied by the Right.

Thinker: The word for what you’re thinking is anthropogenic climate change. If that’s what you meant, you should have said this from the beginning rather than make the ridiculous claim that the Right denies there is climate change when no one denies this. I don’t know why more people do not call the Left on this accusation because it is just plain silly.

True Believer: Okay, I get your point. You deny that there is anthropogenic climate change then. Is this correct?

Thinker: No. You know you really should find out what the other side thinks before you demonize them.

True Believer: So, you don’t deny man-made climate change. Are you saying we agree on this subject?

Thinker: I suppose we will not know until we clarify what each of us believes. Tell me your thoughts on the subject.

True Believer: Unlike the Right I agree with actual science which tells me that humans are causing the current climate change.

Thinker: So you’re saying then that all the global warming and climate change in recent times was caused by humans?

Thinker: Then you must also be saying that if humans were not using fossil fuels there would be no climate change and the earth’s temperature and climate wouldn’t change, as it has in the past for billions of years, but would stay exactly the same, year after year, not changing at all. Is that correct?

Thinker: Well, spit it out man. For once, say what you mean!

True Believer: Okay, without humans consuming energy there would be some climate change and temperature variation but it has accelerated recently because of greenhouse gasses released by us, mostly caused by CO2.

Thinker: So, you believe that humans are not the full cause of climate change, but a partial cause?

True Believer: I suppose you could say that.

Thinker: On this point most on the Right and Left agree. Climate change is influenced by both natural causes and human activity. The unthinking on both sides paint with a broad brush. Some on the Right carelessly say that humans have no effect and the careless Left will blame 100% of the change on humankind. Both are incorrect, Do you agree?

True Believer: I suppose you are correct on that point.

Thinker: It seems that we have two main areas of disagreement. The first is about the degree in which the release of human caused greenhouse gasses contributed to global warming over the past 100 years. What percentage do you believe that to be?

True Believer: I’m not sure but humans account for most of it.

Thinker: So, would the human contribution be just over 50% then or more?

True Believer: That sounds about right.

Thinker: And why do you believe this?

True Believer: It’s what scientists are telling us.

Thinker: And where are they telling us this? Can you cite a conclusive study?

True Believer: Well he tells us what the science says.

Thinker: So where is this scientific study that concludes that humans are by far the largest factor in causing global warming and climate change?

True Believer: There’s the IPCC UN report that represents the work of thousands of scientists.

Thinker: And where in that report is any conclusive study that tells us the percentage of warming that is caused by humans?

True Believer: I couldn’t say. I just read a small part of the summary. It seemed to indicate that humans are the main cause of warming.

Thinker: The summary was written by bureaucrats, not scientists doing the study and it always comes out before the scientific data is released. But nowhere in any of the studies is there a percentage agreed upon as to how much humans contribute to warming. The fact is that there is no consensus on this and there are many opinions on it ranging from close to zero to over 100%.

Here’s a researcher who makes the case that humans only cause about a tenth of one percent of the warming. LINK

The hard truth is that there is no evidence available that gives us a provable percentage. There is some powerful evidence though that the amount of warming and damage caused by humans is much less than politicians on the Left would have us believe.

True Believer: And what would that be?

Thinker: History. It is important to look at actual results and data, which, unlike predictions, we know to be true. I’ll give you some that global warming facts alarmists like to ignore.

Between 1850-1940 temperatures rose yet CO2 levels stayed about the same. Then the opposite happened. From 1940 to 1976 the earth cooled, yet during this period we had a major surge in CO2 levels.

From 1976-1998 the temperature increased along with CO2 levels. Then something unexpected happened for the alarmists. Since 1998 the warming has been very small while CO2 has had the largest increase of all time. None of the orthodox global warmers predicted this would happen. In fact, they predicted a continued accelerated warming period.

So tell me, my friend. How is it proven that increases in CO2 will bring destructive global warming when our actual history tells us this did not happen?

True Believer: I’d have to look into it.

Thinker: And there you stated a major problem. Global warming alarmists do not look into these facts, but ignore them. They trust predictions of the future by those who have been very inaccurate more than geologists who have been quite accurate in predicting climate cycles.

Thinker: But can you name me one scientist who rejects historical fact?