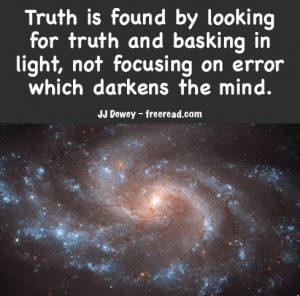 QUESTIONS FOR MORMONS Part I

Those of you who have followed me may have noted that I have created a number of provocative questions and answers that seek to make various types of locked in thinkers consider their own belief systems. Today we will pick on the Mormons.

QUESTION: I see from your articles of Faith that you believe in continuous revelation. Is this true?

ANSWER: Yes, it does.

QUESTION: I would like to read some of them. Could you show me one?

ANSWER: There is revelation given out at every conference address by church authorities. You can watch them on TV twice a year or I can get you a copy of a church magazine with their speeches recorded.

QUESTION: I do not want to read a speech. I want to see a copy of an actual revelation given, say – in the last fifty years. Can you show me one or even tell me about one?

ANSWER: There are many inspired statements by the authorities. For instance we are told to store up food to prepare for things to come.

QUESTION: Can you show me a revelation from God less than 100 years old speaking about this?

ANSWER: I’m sure there are a number of them.

QUESTION: I want to see just one on this or any other subject. Can you show me one?

ANSWER: I’m sure I can

QUESTION: So – are you blowing smoke or will you find me a revelation?

ANSWER: He seeks to change the subject at this point for there are no revelations

QUESTION: By the way, why would you need a revelation on storing food when Aesop taught about the principle a couple thousand years ago?

ANSWER: But we are taught to prepare for a day of calamity before the coming of Christ.

QUESTION: Many religions believe in calamity in the last days because of the Bible and not current revelation. Wasn’t it Brigham Young who first told you to store food?

ANSWER: I believe so.

QUESTION: So do you call the repetition of Brigham’s words of 150 years ago a new revelation?

ANSWER: The authorities give new light on the subject.

QUESTION: So are they giving you an idea as to when the day of doom is at hand?

ANSWER: They say it is soon and to be prepared.

QUESTION: Well, there are calamities which come periodically in history and I suppose we are 150 years closer today to one than when Mormons were first told to store food. Do you really think you need a revelation (which you can’t produce) to know what everyone else already knows?

ANSWER: What do you mean?

QUESTION: I mean that everyone, Mormon and non Mormon, already knows it is wise to prepare for hard times. Do you need a revelation to tell you the sun is shining?

ANSWER: We need revelation to remind us of our duty.

QUESTION: What is as revelation anyway?

ANSWER: I suppose it is that which reveals.

QUESTION: Yes, it is knowledge which reveals something to us of which we were previously unaware. Would you agree with this?

ANSWER: I suppose not?

QUESTION: So we could agree then that John’s book is called the Book of Revelation because it reveals knowledge that was previously unrevealed?

QUESTION: So how could you claim that the idea of preparing for hard times is a revelation when humanity has already understood this since the beginning of history?

ANSWER: Perhaps I could say that this is a revelation of the will of God concerning us?

QUESTION: First, you haven’t shown me this mysterious modern revelation and secondly – isn’t it obvious that it is the will of God that we should take care of ourselves in the most beneficial way?

QUESTION: Since, then, the will of God is obvious that we should take care of ourselves in a way to insure a happy condition then it would not be a revelation for someone to proclaim that this is his will, would it?

QUESTION: Let us examine this food storage idea. Why are you doing it?

ANSWER: AS I said to prepare for tribulation to come.

QUESTION: As I understand it, you are expecting something big to come down, like major famine. pestilence and so on right?

QUESTION: Let us suppose you are right and that there is a major calamity with extreme shortages of food. Why do you believe that food storage will help you?

ANSWER: It should be obvious. If there is no food available to buy and I have some saved up then I can survive.

QUESTION: I can see how food storage will help you in normal hard times or even a depression, but I think you would be in big trouble if there was a major collapse?

QUESTION: It is common knowledge that Mormons store food is it not?

ANSWER: Yes, and we’re proud of this fact

QUESTION: Now let us suppose that Billy Bob, your next door neighbor is starving to death during this calamity. Then he remembers you are a Mormon and have food. Will it not only be a matter of time before he breaks into your house with gun in hand and steals from you?

ANSWER: I’m not sure.

QUESTION: This type of thing happened in Leningrad during World War II when people were starving during Hitler’s siege. If history repeats itself do you see any reason why things would be different?

ANSWER: I’m not sure.

QUESTION: One thing is different now. There is a group of people (the Mormons) who are known to store food and therefore a prime target during hard times that was not available in Leningrad. Now during this siege there were gangs, groups and individuals who became cannibals to survive and even stole young children from their neighbors and ate them. If people are willing to go to this extreme when there is no food then breaking into your home and stealing your food seems tame doesn’t it?

ANSWER: We are told to store extra so we can share with neighbors

QUESTION: Do you have enough now so you can feed, say six neighbors for a year in a crisis?

QUESTION: Do you have enough saved to feed even one other family besides yourself for a year?

ANSWER: I must admit that I do not.

QUESTION: How many Mormons have enough saved to even feed themselves for a year? Would you say it is more than half or less than half?

ANSWER: Unfortunately, it is less than half.

QUESTION: So if there were a calamity you must admit that the Mormons could not even feed themselves let alone their non Mormon neighbors?

ANSWER: You have a point.

QUESTION: Let us say that you are a good Mormon then and have a year’s supply of food. How are you going to prepare for the roving armed gangs that will break into your home and steal your food?

ANSWER: I’m sure that if I follow church leaders I will not have to worry about that?

ANSWER: I’ll be concerned if the authorities tell me to be.