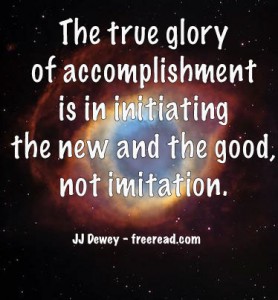 Few consider that the Sabbath is a principle. Instead, many merely see it as a strict commandment from God. It is pretty simple. God rested from his work on the seventh, or Sabbath day and we should follow his example and do likewise.

This commandment was taken so seriously in ancient times by the Jews that a person was put to death if found working on the seventh day.

After Christ the Christian church changed the day of rest from the seventh day to Sunday, the first day of the week. The Jews and some Christian rejected this. The Seventh Day Adventists and a number of other sects believe it to be an item of extreme importance that we rest and worship on Saturday. We just have to get the day right or God will be angry at us.

So the question is this: Is the Sabbath just a letter-of-the-law, black and white thing, or is there some type of principle involved?

It is interesting that key scriptures revolving around the Sabbath suggest that it is not to be taken so literally as some assume. After God had worked for six days of creation it is written:

Here we see that God did two things on the seventh or Sabbath day. He ended his work and then he rested. And what was the ending of his work? Just a few verses later we learn that he created man as well as the Garden of Eden. So it appears that God continued working on into the seventh day and when finally finished He finally rested.

Even Jesus acknowledged that God worked on the Sabbath:

And therefore did the Jews persecute Jesus, and sought to slay him, because he had done these things (healings) on the sabbath day. But Jesus answered them, My Father worketh hitherto, and I work. Therefore the Jews sought the more to kill him, because he not only had broken the sabbath, but said also that God was his Father, making himself equal with God. John 5:16-18

Jesus here acknowledged that he was working on the Sabbath and was just following the example set by God who also works on that day.

Paul also had problems with people being too literal and judgmental about the Sabbath:

Let no man therefore judge you in meat, or in drink, or in respect of an holyday, or of the new moon, or of the sabbath days: Which are a shadow of things to come; but the body is of Christ. Col 2:16-17

So Paul had a problem with his people judging whether or not a person was righteous by how exacting they followed the Sabbath. Interestingly, he said the holy days were merely a “shadow” of things to come.

What was it a shadow of? A clue is given in the fact that Sabbath and rest are virtually identical and interchangeable in the Hebrew.

And what is the promise given to the righteous? They are promised that they will enter into the “rest” of God. The promise of rest and heaven are very similar in the scriptures.

After a period of intense labor here on the earth we will enter into a Sabbath or rest in one of the “mansions” of the spiritual worlds. Similarly, keeping the true spirit of the Sabbath while here on the earth is taking a rest and enjoying the fruit of our labors.

Is there anything more heavenly or enjoyable than finishing a difficult, but useful work and then just kicking back and savoring a time of rest and reflection?

When we do this we catch a glimpse of heaven on earth.

The principle of the Sabbath is this.

We labor for six cycles and rest and reflect on the seventh. If the work needs a little fine tuning we can finish our work and fine tune it during a part of the seventh.

Is a Sabbath suppose to occupy just one seventh of our time?

Not necessarily, if we correspond it to Genesis. Notice that the six days of labor had a set beginning and an end. Each one had a morning and evening attached to it. Not so on the Sabbath. No morning and evening were mentioned which is to say that there is no specific beginning and end as there is to work. When entering into the true Sabbath the seeker takes whatever time he needs to rejuvenate, rest and prepare for the next cycle of endeavor.

Each of us knows internally when a time of rest is needed and sometimes, as they say, a change is a rest. If we tune into the rest that we need and take it when possible we will all live healthier and happier lives as well as living the true spirit of the Sabbath.