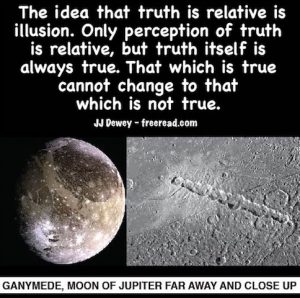 A reader wanted me to comment on the scriptures that seem to be against mediums. Here is just one from the Bible:

“I will set my face against the person who turns to mediums and spiritists to prostitute himself by following them, and I will cut him off from his people.” Lev 20:66

What the scriptures are referring to here is the same as Djwhal Khul through Alice A. Bailey discussed when referring to “lower psychism.” They both even use the word prostitute in reference to a misuse of powers.

The reason the leaders of the human race have discouraged lower psychism during the past several ages is that humanity has evolved to the extent that it is time for us to move into higher psychism, or the magical world of the soul. Lower psychism gets its power through the illusionary astral body which turns truth upside down and makes the truth seem false and the false true.

Higher psychism perceives through the windows of the soul and is the one infallible guide.

Lower psychism relies on signs without whereas higher psychism focuses on the God within.

Any true student or teacher in this age will not depend on lower psychism for guidance, but will test all things against their own soul and that shall be their guide.

As far as magic goes the white magician (such as Jesus) creates supernatural results through the soul, or contacts through the soul. The magical power of the soul is only manifest when the self is forgotten and the purpose of God is sought and service is the objective.

Whereas the higher magic is not available to the selfish, the lower magic is available to all and is a definite tool of black magicians or the Dark Brothers. Lower magic is like money, which is neither good or evil in itself but can be used in either direction. The temptation when learning such arts is that the person who gains power often seeks to impress the uninformed and often uses the power of magic as a tool to control others and use unjust authority over their lives.

If you see one using regular magic you must look at his direction and the fruit of his works just as you would look at one who has money. If you want to know if a person is using money wisely you must look at the end result and the same is true for one who has power to direct deva and elemental lives.

Not very often does someone post a group or story that I cut and paste into a permanent file, but I an reposting the “Instructions for Life” here so they will wind up the Archives. They are not only good but are definitely from the mind of a creative thinker.

This is supposed to be written by the Dalai Lama but who knows?

Respect for self
Respect for others and
Responsibility for all your actions.

There are those who still do not seem to understand what I am teaching concerning relative and absolute truth. For instance, ten people in ten places can take the outdoor temperature and get ten different readings. There seems to be no absolute temperature yet each would be telling the truth.

“Each would be telling the truth”

As in all things it is possible to get to the truth of all things and if I want to test my perception I can count all the beans in the jar and get the correct number.

Now if you add a bean, does this mean that the correct number is relative?

The old correct number will be eternally what it was at that point in time and space.

JFK was assassinated November 23, 1963. The fact that there is no assassination occurring today does not nullify the truth that this event occurred at that certain point in time and space. That event will be eternally true and will not change relative to anything.

If there were a cataclysm and all history were lost that still does not nullify the event. It only takes away our perception of the event, which perception can be restored by a retrieval of history.

Truth is always independent of perception making truth absolute, but perception relative. All classifications of truth being relative is, in reality, caused by calling perception truth; whereas that which is perceived is often not true.

The problem in understanding this is amplified by the fact that many teachers present their perceptions as “the truth.” Many enlightened souls rebel at this presentation by stating that this is merely “his truth,” and “my truth” is different.” This is a wrong use of words for instead of using “his truth” the correct use of words would be “his perception.” His perception or your perception may or may not be true.

This is why in all my teachings I advise the seeker to check my words with their own souls because what I am saying may only be my perceptions and could be untrue. The only reliable test of truth is through the windows of your own soul which, unlike us mortals, always perceives truth correctly.