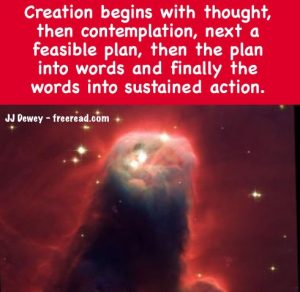 Rudolf Steiner was quoted as saying this about nationalism;

The most unchristian impulse of all took effect in the 19th century. The first impulse which came to the fore and gained an ever stronger hold of men’s minds and emotions, was that of nationalism. […] The Christian impulse towards universal humanity was completely overshadowed by the principle of nationalism, because the new way to bring this element of universal humanity to its own had not been found. The anti-Christian impulse makes its appearance first and foremost in the form of nationalism. […] We see a revolt against Christianity in the nationalism of the 19th century, which reached its apex in Woodrow Wilson’s phrase about the self-determination of nations, whereas the one and only reality befitting the present age would be to overcome nationalism, to eliminate it, and for men to be stirred by the impulse of the human universal.

Then too there are numerous quotes from DK being against nationalism that is separative, aggressive, produces conflict and many other evils.

Here is a typical statement:

First, there is the spirit of nationalism with its sense of sovereignty and its selfish desires and aspirations. This, in its worst aspect, sets one nation against another, fosters a sense of national superiority and leads the citizens of a nation to regard themselves and their institutions as superior to those of another nation; it cultivates pride of race, of history, of possessions and of cultural progress and breeds an arrogance, a boastfulness and a contempt of other civilizations and cultures which is evil and degenerating; it engenders also a willingness to sacrifice other people’s interests to one’s own and a basic failure to admit that “God hath made all men equal”. This type of nationalism is universal and everywhere to be found and no nation is free from it; it indicates a blindness, a cruelty and a lack of proportion for which mankind is already paying a terrible price and which will bring humanity down in ruins if persisted in.

Well, that about settles any argument then. Nationalism bad, inclusiveness good. All nations should just merge, open their borders, share with the world and sing Kumbaya.

Not quite. Part of the problem with negative nationalism is black and white thinking which throws judgment out the window. If we do this we become guilty of the same primary sin of the extreme nationalists.

What is needed is to take a deep breath and read the very next paragraph in the DK quote:

There is, needless to say, an ideal nationalism which is the reverse of all this; it exists as yet only in the minds of an enlightened few in every nation, but it is not yet an effective and constructive aspect of any nation anywhere; it remains still a dream, a hope and, let us believe, a fixed intention. This type of nationalism rightly fosters its individual civilization but as a national contribution to the general good of the comity of nations and not as a means of self-glorification; it defends its constitution, its lands and its people through the rectitude of its living expression, the beauty of its mode of life and the selflessness of its attitudes; it does not infringe, for any reason, the rights of other people or nations. It aims to improve and perfect its own mode of life so that all in the world may benefit. It is a living, vital, spiritual organism and not a selfish, material organization.

Both quotes from: Problems of Humanity, Pages 88-89

It is always a mistake to not look for the duality of things. Seeing only in black and white creates divisiveness just as negative nationalism does. It creates the idea that “I am 100% correct and you are 100% in error.”

Such is rarely the case.

The idea behind transcending negative nationalism is the eventual creation of a one world benevolent government that sees all as brothers and one humanity where each person deserves an opportunity for freedom, education and the abundance of the earth.

The problem says DK is that we cannot just rush headlong into this. He says:

Blocs (of nations) in themselves can be good and proper if they follow lines of natural cleavages, of language differences and of cultural distinctions. They can be essentially right if they are formed for economic, educational, religious and social aims and can therefore provide no true cause for alarm. Such blocs would be cultural and not militaristic, economic and not greedy, and they could provide a normal and progressive movement away from the separative nationalism of the past and towards the distant creation of the One World, and the One Humanity. This will some day be seen, but the time is not yet. Mankind is not ready for some super-government, nor can it yet provide the unselfish and trained statesmen that such a government would require. As yet, there are more seeds of danger in this concept than there are of helpfulness. Nevertheless, it is a dream which will some day materialise, after the creation and the functioning of blocs have proved how men should work and live together.

Esoteric students indeed look forward to this day, but unfortunately he says we are not yet ready for it. Attempting this now has “more seeds of danger in this concept than there are of helpfulness.”

What are the seeds of danger? The danger in any change of government is that of totalitarianism. The danger is that we could have a Hitler type antichrist surface as feared by the Christian world that could set us back for centuries.

DK recommends first “the creation and the functioning of blocs” of countries that work together until relationship is good and productive. Then blocks can work together with blocks until we arrive at a time where all nations become unified under the ideal of one humanity, while still maintaining maximum individual and group freedom.

This work toward the elimination of negative nationalism and replacing it with a positive one will be a gradual, step by step process. Some will be eager to take giant leaps by forcing the human spirit, but this must be avoided.

So, what are examples of the positive nationalism of which DK mentioned? Surely its seeds have surfaced.

It has indeed and the Founding Fathers of the United States set the example for us. They established what was called, “Novus ordo seclorum” or the English, “A new order of the ages.” This new order of participatory government with individual freedom was created not just for the people of the United States, but with the hope the principles would benefit the entire world.

Another example was the blending together of the Allies during World War II. The Allied nations were not fighting just for themselves but for the sake of the world as a whole, and indeed the defeat of Nazism did benefit the world. The benefit even reached to the defeated nations, who perhaps benefitted the most.

The technological revolution is also an example of positive nationalism. Most of it, including the internet, originated in the United States and most innovators are happy to see their own country benefit, but the basic idea is to benefit the world. Technology has indeed brought us closer together and has made us more aware that we are all one great family. As we make friends on Facebook and other media we find that many of them are from other countries and cultures, yet in many ways they are in the same boat as ourselves. The person you are communicating with half way across the globe seems just as close and just as friendly as your next door neighbor.

We are indeed taking steps toward a unified world. Let us hope they continue.