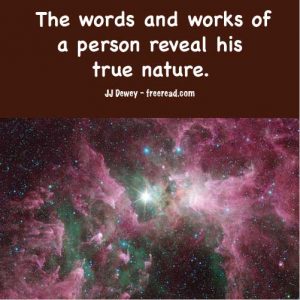 Handwriting Analysis of Bush and Gore

Since everyone is getting a smile out of the fake Nostradamus prediction I thought I would make some comments about it. Let me quote:

“Come the millennium, month 12,
In the home of greatest power,
The village idiot will come forth
To be acclaimed the leader.”

First of all, the fact that Bush is attacked with a fake prediction scores him two points off the bat in my book. Nine times out of ten it is the person who is closest to the truth who has the most fabrication created against him.

But putting that aside it seems that many have attempted to make a Dan Quayle out of the guy so I thought I would look at the handwriting samples of both Bush and Gore to see who would have been the brighter president.

I speak with some authority here having 40 years experience in this art.

As I look at their handwriting samples I see that both men are above average in intelligence, but their intelligence is guided in different directions.

Al Gore is quite intelligent in the way he projects his thoughts and personality. He has good people skills, but has a loner consciousness and appears stiff because he has to force himself to perform, but when he finally decides how he is to project and the course he is to follow he is able to proceed quite intelligently.

He is a quick thinker, but not a perceptive one. His brain activity is quick, but his thoughts are not deep. He sees the answers in what is the obvious and is able to project that solution with credibility in the eyes of many.

When he makes a decision he is able to pursue it aggressively. This in itself is a sign of intelligence.

Even though he is a good debater he does not like conflict and seeks to avoid it.

He has good organizational abilities – another sign of intelligence.

His thought process is very quick and never lacks for a vocal expression.

One surprise is that he lacks self esteem and that it varies quite a bit with the situation. This is probably why he hired a consultant to tell him how to dress during the campaign.

Three things would concern me if he were President – and keep in mind this is from handwriting alone, putting politics aside.

(1) He seeks for surface answers and is good at selling them.

(2) He suppresses emotion. This would make his actions unpredictable in an intense situation. It would be possible that he could take us to war on an impulse.

(3) He is very secretive. As president there would be many things going on behind the scene that most would be unaware of. He is also deceptive when the pressure is on.

Overall the intelligence of Bush and Gore is quite comparable, but while Gore directs his intelligence to the projection of image and ideas. Bush directs his more internally. He is perceptive and when his interest is aroused he will look below the surface to dig up the facts or the truth. He is much harder to fool that is Gore. When talking with him in person he will perceive your point quickly and likes to cut through the BS and get to the point.

He is fairly intuitive. Although he does not like to take risk without calculation he does trust his instincts.

He has a strong consistency to himself. We will not be seeing two Bushes. He has a mental focus of attention on this consistency and dependability, and this is one of the areas where his intelligence is directed.

He is aggressive similar to Gore.

He sets high goals for himself and has a strong sense of purpose and drive to reach them. He also has a strong self image and is confident in himself.

About the only reason I can see that Bush may be accused of lacking intelligence is that when he is under pressure he has some difficulty in sorting out his thoughts and may go on automatic pilot for a short time.

He has a handful of secrets which he doesn’t want to tell anyone (such as his DUI arrest) but aside from some items that he feels strongly about he is quite open with his thoughts. Under normal circumstances he will be quite open with the American people and he is above average in honesty.

He has no suppression of emotion, even though he has very strong feelings and is quite sensitive. When he gets angry he will let the offender have a piece of his mind and that will be the end of it.

The most positive note for him is he is willing to look below the surface and obtain all possible facts when solving a problem. This characteristic is lacking in too many politicians.

Does the handwriting reveal any warning signs about him?

No real obvious ones as I saw in Gore, but this does not mean he will not have problems or that he will not make some blunders.

Here are some possible red flags:

(1) He is emotionally sensitive and has a critical thought process. He is likely to offend a number of people during his term, especially when he feels attacked or under pressure.

(2) He is likely to get overconfident at times and let is guard down.

(3) Even though he has a practical side he is likely to bite off more can he can chew at times diminishing his chances for success.

All the presidents since Kennedy have been of similar intelligence, but have expressed it differently – and this includes Bush.

Overall we should be able to trust him to make reasonably intelligent decisions. He seems to be surrounding himself with intelligent people and this is a good sign.

As far as intelligence goes (again using handwriting) John Kennedy was the most intelligent president of this century – a very impressive thinker and extremely quick mental processes. He would have been a fun person to have had in this group.