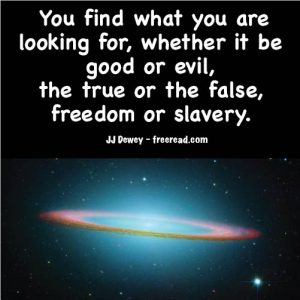 It is indeed true that all teachers will have this EXOUSIA authority (authority given freely to authorities) granted to them. This was true for Jesus as well as false prophets such as Jim Jones. There is nothing the teacher can do to stop this from happening with that certain percentage of students that will not check with their own souls.

The question for the sincere teacher, who is not seeking power over others, is what shall he do then? Shall he cease from teaching at all?

On the contrary, Jesus spoke just the opposite in his advice to Peter when he said: “Feed my sheep.”

The sheep are those who will follow a teacher.

The false teacher will seek to be fed by the sheep.

The true teacher will seek to feed the sheep.

Notice that Jesus repeated this instruction to Peter three times and by the third time Peter answered with irritation that the Master seemed to think him so dense.

By feeding the sheep with true knowledge and service these students will be quickened in their progress so they will be better prepared for the great test when they meet their Busiris who seeks to bind them with his power over them.

Keep checking with your souls, and when the link, called in the east the antahkarana, is created, then the seeker graduates from a sheep to a disciple to a shepherd.

Note the words of Jesus:

“I am the good shepherd.”

There are small number of good shepherds and then there are the not-so-good ones. The beginning sheep find good or bad shepherds by accident. The more progressed ones recognize the good shepherds through the voice of the soul.

“The important thing is not to stop questioning. Curiosity has its own reason for existing. One cannot help but be in awe when he contemplates the mysteries of eternity, of life, of the marvelous structure of reality. It is enough if one tries merely to comprehend a little of this mystery every day. Never lose a holy curiosity.” Albert Einstein

A reader commented that she did not believe in evil and that even Hitler was part of the divine plan producing ultimate good.

Let me repeat here what I said about evil in part one:

“It is important here that when we define evil that we do not envision demons dripping slime, for such a thought distracts from real understanding of the principle. An evil force is that which keeps us from moving forward in our evolution. In other words, evil pulls us backward and good pushes us forward.”

It sounds like the reader is thinking of the old time religious definition but if one thinks of good and evil the way we define it here, which is also in alignment with the ancient wisdom, then evil as well as good does indeed exist.

This also agrees with the ancient wisdom. That which takes creation or evolution in reverse indeed breaks things to pieces or destroys that which has been built.

I have made numerous postings about the contention that Hitler was neither good nor bad, but let me just add this.

If we define evil as a force which pulls us backward, or a destroying energy, then Hitler indeed was evil. The only good that came out of World War II were the lessons we learned because the forces of good were triumphant. If the forces of good did not gather and defeat this arch enemy then the good that seemed to come out of World War II would not have been. Instead, the Third Reich would have reigned supreme for 1000 years, as Hitler predicted, and you and I would not be writing these type of thoughts upon a free Internet.

In a past age, in the days of Atlantis, the ending was a different story. Hitler was the leader of the Lords of Dark Face and his dark forces won the great war against the forces of light. This lead to the total destruction of that great continent.

The interplay of good and evil does eventually result in the outcome of what is called the “dominating good,” but in between there can be much unnecessary evil, pain and suffering because we did not use our free will to bring the dominating good.

While this may be true in some ultimate reality that we cannot understand or experience, such a belief is a hindrance to progress in this one.

The basic idea of Hitler not being evil goes something like this:

Even the bad guys are good guys. God is perfect so everything that happens in the universe is a perfect occurrence in alignment with the will of God. Therefore Judas did not do a bad thing in betraying his master because even this was a perfect happening. Judas agreed to this and because of this he was just as good of a guy as Jesus was.

The Christians needed to be thrown to the lions and crucified so Nero came to the earth as a good guy in disguise and just played the role as a bad guy. In reality he was neither good nor evil, but just an actor on a stage.

The Jews needed to be tortured and killed so perhaps Hitler was the best guy of all because be volunteered for the most disgusting mission. He played the role of the evil dictator so we could learn some lessons.

Many people are accepting this doctrine in this age, but let me present to you the idea that this is one of the most deceptive and harmful teachings to come down the pike for some time.

Because if one accepts this belief then cause and effect and karma are nullified. This means that it does not matter what you do. If you want to beat your wife that is OK because every bruise you put on her face is part of the divine will and somebody has to do it so it might as well be you.

If you fail in an endeavor then that is part of divine will since all events are part of the perfect will. Maybe you should just give up and not try because it may be a part of the plan that you are a failure. Thus you turn into a alcoholic so you give everyone else the chance to see what such a life is like and give them the opportunity become enablers.

As far as I can discover this teaching was not taught by the ancients and has never been a part of the ancient wisdom. The first I have seen of it was in Betty Eadie’s book “Embraced by the Light.”

She went through a near death experience and supposedly went to heaven where she was told that all people go there, even Hitler. Hitler, she was told, was as good as anyone else and merely agreed to his nasty mission, but in heaven he is a clean as the driven snow.

In the future we will talk about the afterlife in greater detail, but I will say this, that what ms. Eadie experienced was certainly real to her, but it was not a true reality and the Jesus she walked and talked with was not the real Jesus. She experienced a taste of the astral world full of dream fulfillment. This was a taste of a world created for her by her desire nature which would feed her spiritually and prepare her for lessons in a future life.

The astral world is full of illusion, but also a heaven of sorts and to rise above this illusion one must see through illusion after illusion until the celestial devachan is reached and finally Nirvana as taught by the Buddha. When this is reached the seeker finally sees reality as it is.

This teaching by Eadie was also incorporated by Walsh in his series Conversations with God and between these two books this illusionary concept has received wide circulation and acceptance.

Is Hitler in heaven then?

After you die your consciousness can only rise in vibration, or light, to the light of consciousness you have achieved on the earth. In between lives your essence goes in a circle from the earth to the astral zone and back up to the celestial spheres and then back to the earth again. When this essence rises above that which is your level of consciousness then you go to sleep and dream of heaven or hell. Most harmful or evil people quickly pass their level of consciousness and sleep to their higher nature where they are out of harm’s way until they are born again. They will awaken in the consciousness of their soul which does see on a higher level than the personality, but Hitler’s Higher Self is not Hitler. Hitler is a failed and distorted reflection of soul.

Thus the entity we know as Hitler will not enter heaven as Hitler, for then there would be no such thing as paradise. Hitler’s personality and essence is imprinted and stored in the consciousness of his higher self for due reflection.

The higher parts of ourselves are indeed always in heaven, but the consciousness of the lower personality cannot go there until the proper lessons are learned, karma is worked out and it learns to be one with the Higher Self

A reader maintained that even pain is the result of a choice leading to an ultimate good. Yes, both good and evil serve as part of divine purpose. However, pain comes as a result of choice. It is rarely what we consciously choose, however. When’s the last time you heard of someone scalding himself on purpose with hot water? Such pain was a result of bad choice – not what the guy consciously chose. This should be self evident.

I would submit that pain and suffering is not something that “just is.” If you make the right decision you often avoid pain and if it “just is” then it could not be avoided. On the other hand the principle of good and evil “just is” for there is nothing we can do to make them go away from this reality.

Question: Do Buddhists believe in evil? I am thinking I may be more Buddhist in my thinking.

All the ancient scriptures from all faiths have been very consistent on the teaching of good and evil. Buddha’s teachings were very much in harmony with the Bible on this subject. All of the writings of the Ancient Wisdom also teach the principle of good and evil. It is only recently that I have seen this idea of there being no evil surfacing.

Here are some quotes from the teachings of Buddha in The Dhammapada:

I think some just have a different definition of evil and want to focus on the positive. This is good, but when we see evil as a form of error I think we must admit that we all make mistakes now and then so good and evil in this context certainly does exist.