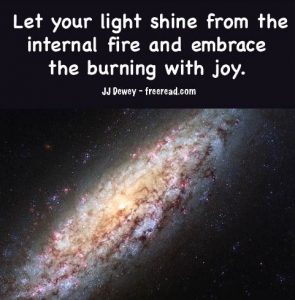 All schools of thought have truth in them and if the heart is pure and the student uses discernment then that which is true will be registered.

If the sincere student picks up a few things that are illusionary it will only be a matter of time before he divides truth from error and moves on.

It is helpful to know the difference between conscious and unconscious channeling, but in the end the content is that which we must examine.

I may point out something specific about some purported “work of the Masters” that I believe to be in error, but unless one receives verification through his own soul he must always consider the fact that I could be wrong. In addition you will note that I have never attempted to discourage a person from learning from any particular school of thought. We have all been in certain schools, churches, philosophies in the past that we have past through and discarded. Even so, when we look back on them we often realize that the truths we learned and unlearned are very valuable to our present outlook.

Here’s a quote from my previous writings:

Jim has been struggling to make something of his life and makes a decision to seek God believing this to be his next step. He has never been active in a church and checks out a few. Something about the Catholic Church stirs his soul and he senses the inner voice telling him to join the church.

Does this mean that the Catholic Church is the ultimate truth?

Does this mean that all the Catholic doctrines and teachings are true?

It is interesting that because of the confirmation of the inner voice Jim may be self-deceived into thinking that the above two items are true, but the real question is – what is the true confirmation coming from the soul?

Answer: His soul is leading him into the Catholic Church because this organization has an important lesson to teach him. The church will be a stepping stone for him that may last a year, ten years or a life, but as imperfect as it is, the Church is a necessary step before he can catch a glimpse of his next vision quest.

The soul often gives us an inch of truth and we make it into a mile of truth. It is important that we take these inner messages and narrow them down to the core of what the message is rather than what we want it to be.

I recently gave out his seed thought for contemplation: “Confirmation of direction through spiritual fire.”

I liked Rick’s idea of corresponding the spiritual fire to a physical one.

For a physical fire you need;

How do these ingredients correspond to the spiritual fire?

(1) The fuel is “available knowledge.”

The aspirant gathers all the knowledge that is available on the subject or project at hand and absorbs it.

(3) The oxygen is the invisible soul contact and the final ignition of the fire is the focused attention of the mind and heart.

The main difference between the results of intuition and the spiritual fire is that the intuition throws light upon a subject, but light is not fire.

If you are coming out of the clear cold light of the intuition that which is most desired is the warm fire that enlivens the soul and gives life and purpose to your steps. When you are cold and you know there is a warming fire ahead there is only one direction to go – toward that fire.

When the disciple senses the fire he will go toward the fire. Some will warm themselves thereby, others will feel the heat and the bravest of souls will enter the fire and allow the lower attachments to be consumed therein.

Fire is even more real to the sentient being than light and when the direction of the fire is felt, all doubt is dispelled and the seeker no longer questions his purpose. He now knows the steps he must tread and will endure until the journey is finished because the fire is never far from his mind or forgotten.

Seek ye therefore the baptism of fire and the Holy Spirit, the greatest of the gifts of God in this life.

“It is only as a man serves that he advances.” DK

I was asked to comment on the current swing toward liberal views on sex, homosexuality and other matters that were once censored.

This is somewhat off topic, but I’m sure new people will be interested in the answer.

First, as to the reason behind why some are gay – I have already written quite a bit about this. Even so, it sounds as if the question has more to do with a lack of fair play that often happens in the political spectrum than the rightness or wrongness of the gay lifestyle.

The truth is that all things goes in cycles, lesser cycles and greater cycles. Society has gone from one extreme to the other. In a greater cycle, if we look back to the time of Moses, we see that there was no tolerance for gays or any other lifestyle that did not conform to the norm. Not only the Jews, but many other ancient societies put many non conformists to death and demanded strict adherence to the morality of the day.

Now when we switch over to our day we see that society has leaped over to the other extreme. Instead of judging all things down to the finest detail we have went to the extreme of not judging anything.

Instead of having strict codes of morality where there is a right and wrong to all things we are drifting toward the idea that there is no right or wrong to anything.

We can also see this playing out in a lesser cycle. Up until the Sixties there was strong censorship, suppression of minorities and condemnation of the gay lifestyle and many other deviations from the norm.

After this, our tolerance became very liberalized to the extent that it seems to some that people can go to most any extreme and we will embrace it.

A while back we discussed the pendulum principle and this tells us that it is natural for humanity to swing from one extreme to another as they pass through various cycles. Both extremes are wrong, but the truth can always be found somewhere in the middle after examining the knowledge learned at both ends of the pendulum.

We are currently passing through a phrase where the “liberal” philosophy has been dominant and conservative values are often laughed into oblivion. This has created what has seen to be an unfair power of the political left to get their way and manipulate the media.

But, 50-60+ years ago it was the other way around. Then the conservatives had charge of the media and the famous comics were people like Will Rodgers, Bob Hope and Bing Crosby – a total different breed from George Carlin, Bill Mahr and Rosie O’Donnel.

During both extremes there has been unfairness and I am always against that which is unfair even if my political viewpoint benefits from it.

We must keep in mind that good comes out of these extremes, because the extreme shows us where the illusion is and when we begin to swing back in the other direction we take some lessons with us and create better values for ourselves.

Even now the die has been cast to turn the pendulum in the other direction and the conservatives are fighting hard to be heard. The pendulum is swinging and will swing back on the conservative side again, but things will never return to the way they were. We will take lessons with us and the next fifty years will be ruled by much more common sense than was the early part of the 20th century, or the latter for that matter.. Some will argue that point as we are passing through it, but several hundred years from now the cycle will be obvious.

Some comments indicate not seeing the difference between saying: “You are rude” and “that which you did is rude.”

I submit that there is a great difference.

If you tell a person he is rude then you are identifying him as a rude person, period. He is rude 24 hours a day, even in his sleep. This is now his label forever..

BUT, if you tell him something specific he can deal with then his rudeness is isolated to a small point in time and space.

For instance I may say to a friend:

“You were rude when you pinched that waitress on the butt.”

Now maybe this person was offered $1000 as a prank to do this and this was his only rude act in his entire life. It would be entirely incorrect to tell him:

The truth is that IS NOT being rude after this event, and was not rude in 99.9% of his past, so to label him as rude (past present and future) is bad (and incorrect) judgment.

“You are a bad breath person.”

“Or you have bad breath and will always have it. You are bad breath.”

If you politely tell a person he has bad breath or was rude at a point in time and space then it dies not seem so bad because the individual can take steps to correct the problem tomorrow.

If the individual is “just rude” then he can forget about change tomorrow.