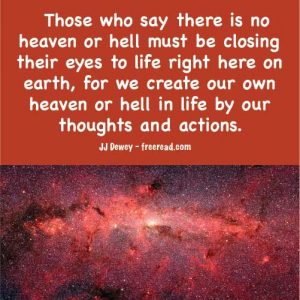 Question: Are there dangers connected to the spiritual fire?

It is true that fire can heat and purify or burn and destroy, so could there really be a danger to seeking the fire of the Holy Spirit?

The danger of spiritual fire talked about in most metaphysical books comes from an unnatural raising of the Kundalini. There are methods of prematurely raising the spiritual fire trough breathing and meditation before the seeker has reached a point in evolution where he is able handle it safely.

If the seeker experiments with these methods without the proper guidance he is setting himself up for extreme danger.

There are three channels for the fire to travel up the spine and those with a material focus will raise it up the two outer channels which creates an interplay for duality, and if wrongfully raised the aspirant can be literally destroyed.

However, seeking God, the Spirit or the Presence thorough natural pursuit and living the spiritual life brings the unified fire up the central and single channel in complete harmlessness. If the person merely seeks to move along the path and takes what God has to offer him, then any spiritual fire he experiences will warm, enliven and stimulate, but not harm.

The only danger of the Holy Fire which is naturally arrived at is if he seeker turns his attention away from the Spirit toward fear, illusion and low desire. If this happens his entire vibration will be lowered and darkness will replace the light and “how great is the darkness,” as the Christ said.

It is always dangerous for a disciple to go contrary to either light or the direction of fire he has received. The consequences can be from living the rest of his life in illusions of grandeur to something much worse than that.

I speak from experience when I teach that one can approach the most intense of spiritual fire, a fire so great one would wonder why he is not consumed. If approached naturally the experience is endured in joy and love rather than pain and fear.

Seek therefore, the higher things of God and when you are ready the power of the Presence will come into you and fill your cup until it is exactly full

Someone asked what the higher Triad was. Use the same sources you did yesterday and define it and give some thoughts on it. Also, what is the lower Triad?

Two Hearts as One

I’ve just finished watching one of the craziest movies I have ever seen – “Dude, Where’s My Car?”

My wife didn’t like it and quit watching it half way through, but I actually thought it was quite creative and got some good laughs from it.

Laughter is indeed a good medicine, but now I must get serious and come back to reality.

There’s usually no pause in figuring what I will write to you each evening, but tonight I had a difficult time finding the right topic, but then it did finally come to me.

Overall, I am a pretty mental guy. I have strong emotions, but I attempt to direct them positively from the mind and higher. This sometimes make observers think that I do not feel very much, or love very much or ever let off steam.

One thing I do not do is suppress. I have taught against this time and time again, and when I do feel emotion I always allow myself to work through it and feel all there is to feel and experience in it.

One thing my wife noticed that stirs me is when I am not correctly understood. She thinks this stems from when I was a kid and learned to speak late in life and was frustrated as a child that no one could understand me. There may be some truth to this for I do have a strong desire to this day to be correctly understood. In fact, even in reference to this group I see that most of those who have risen to oppose me from time to time have done so because they do not understand my words, or my feelings or my heart.

Everyone I have been romantically involved with has had reservations about the intentions of my heart. This even occurred with my present wife. She was quite suspicious of me at first, but most of her concerns were set aside when she asked God about me and was given a vision that answered her questions and comforted her. Later when we became romantically involved there was still a small lingering doubt about me in her mind and there probably should have been. After all this was the man she may be spending the rest of her life with on the level?

On the other hand, I had an unfulfilled desire. I had a desire that there would be even just one person in all the world that would know my heart well enough so there would be no doubt concerning my motive to serve the higher good and not the lower self. A lot of people do not even care much about this aspect of a close associate, but of all people I had a desire that my wife would so care about me.

When our romantic relationship began it seemed that Artie received every possible sign that she should not marry me and many there were who advised her against me. Then came one special night that we listened to music and were enjoying each other’s company and something very magical happened. As we looked at each other it was as if the finger of God descended and rested on us both. I’ve had many spiritual experiences in my life, but this one was different; it was very heart focused. For a few blissful moments it was like our two hearts were blended into one heart and I knew instantly that she was feeling my heart as much or more than I have ever felt it myself. We held each other and shed silent tears for an eternal moment.

That was over thirteen years ago (1988) and from that moment to this she has never doubted me or my intentions. I have never lied to her and she believes I never will. She has always felt we have an important destiny to fulfill together and has always believed the highest in me and us.

This is perhaps my greatest blessing in this life – to have a companion whose knowledge and belief in me is beyond human intelligence, one who has received a supernatural manifestation confirmed by powerful soul energy. Now, I’ve seen people receive spiritual witnesses of certain things before and often it is not long before they seem to have spiritual amnesia of the event. But my wife has never wavered in the witness she has received and since that time has never doubted my motives or the intention of my heart.

Why am I telling you this? Is it because I just want you to think I am a good guy? That is always nice of course, but it is not the reason. As old timers in the group know it seems that every couple months someone arises and not only challenges almost every word I teach, but often this is accompanied with innuendo that I am I this work for some evil purpose or have some selfish or sinister motive. I have had power to weather these storms time and time again because I know that there is at least one person in the world that knows this is not true. I know that no matter what anyone else says or thinks about me that my wife trusts my integrity without reservation, and this not because of me, but because of a witness through her heart and soul.

I wish that we as a group could all share our hearts as my wife and I did in that moment years ago. Who knows? Something like that may just happen at a gathering in the near future.