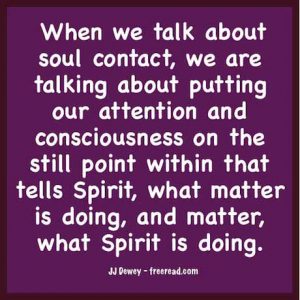 I was asked to comment on Neale Donald Walsch and his process of automatic writing.

From what he has written it sounds like he received his information through standard automatic writing.

When this happens, the pen moves by itself similar to an Ouija board and the author is unaware of what is being written down.

Ruth Montgomery did automatic writing on a typewriter. Her fingers typed automatically on the keys and she was unaware of what she was writing until she read it. She talked back and forth with Author Ford, (the entity on the other side), but not during transmission which was unconscious. After the message was typed out she would read it and ask a question to Ford, then he would take command of her fingers and type the answer.

She wrote some very readable and interesting books and much of the information is true, but it is not the type of transmission the Masters give out. She claimed to be receiving from an entity of similar evolution to herself on the other side and that seems true to me.

Go to amazon.com and type in her name and you’ll see a group of books. They are easy reading and fun to read. She made popular the term “walk-in.”

The highest writings I have seen from an unconscious channeler was Seth through Jane Roberts. However, neither Seth nor Author Ford claim to be a master so I think there is honesty in both of these channelers.

Many unconscious channelers who claim to be receiving the words of some great being usually rehash old material and are often either receiving information from a deceptive spirit or from their subconscious.

“She was largely unconscious at the time of receiving, and did in fact later recant.”

I can’t find any evidence that she received unconsciously

Concerning Helen Schucman who wrote A Course in Miracles we have this from a biography, “Absence of Felicity”, by Kenneth Wapnick:

“The scribing was referred to by Helen as ‘internal dictation’; that is, she did not go into an altered state, a trance, or engage in automatic writing. She was always aware of what she was doing, even if she chose not to pay attention to it. Regardless of her attitude, the writing would continue.”

But the strongest confirmation of conscious transmission comes from her own words. Let me quote:

“I would feel it (the communication) coming on almost daily, and sometimes more than once a day. The timing never conflicted with work or social activities, starting when I was reasonably free to write without interference. I wrote in shorthand in a notebook that I soon began to carry around with me, just in case. I could and very often did refuse to cooperate, but I became so acutely uncomfortable that I soon learned I would have no peace until I did. Even so, I maintained my ‘right to refuse’ throughout, and not infrequently acted on it for some time. Sometimes I did not write for over a month, during which I merely became increasingly depressed. But there was never anything automatic about the writing. It always required my full conscious cooperation.

“…I never knew when I started a sentence how it would end, and the ideas came so rapidly that I had trouble keeping up with them even in the system of shorthand symbols and abbreviations I had developed during many years of taking class notes and recording therapy sessions.

“…The writing was highly interruptible. At the office I could lay down the notebook to answer the telephone, talk to a patient, supervise a junior staff member, or attend to one of our numerous emergencies, returning to the writing without even checking back to see where I left off. At home I could talk to Louis, chat with a friend, answer the telephone, or take a nap, picking up afterwards without disturbing the smooth flow of words in the slightest. It did not even matter whether I had stopped in the middle of a sentence or at the end of a paragraph. It was as if the Voice merely waited until I came back and then started in again. I wrote with equal ease at home, in the office, on a park bench, or in a taxi, bus or subway. The presence of other people did not interfere at all. When the time for writing came, external circumstances appeared to be irrelevant. There could be interruptions of hours, days, and on occasion even weeks, without any loss in continuity.”

There are two key points to note from her own words.

First, she speaks of “the voice,” which she consciously heard as the originator of her writing.

Secondly, she clearly says: “But there was never anything automatic about the writing. It always required my full conscious cooperation.”

This sounds very much like the process Alice A. Bailey went through.

It also sounds a lot like Joseph Smith in translating the Book of Mormon. He could leave off the translation in the middle of a thought or sentence, go to lunch and come back and resume exactly at the point where he quit with no need to review what had been previously written. All this was done in full consciousness.

Let me now repeat again. All that comes through an unconscious channel is not wrong and all that comes through one claiming to be a conscious channel is not correct. We must never relinquish soul contact, let our guard down and just accept because of authoritarian criteria. Nevertheless, neither can we relinquish our power of observation, discernment and thought, for if we do, our power to learn through the soul will evaporate.

Because the inner spirit is a testator. It testifies as to what is true and to facilitate this we must first do all we can on our own to find all the facts and pass them by our inner self.

Back to Helen Schucman. Some say that she recanted her writings. From what I have read here is the way I understand the story.

Helen received the messages over a period of seven years from a being that she thought was Jesus. During this time she had reservations about being the scribe for this other worldly author, but overall felt impressed to continue the work.

Helen completed the writing of the Course in 1972 and shortly after that gave a copy of the manuscript to Hugh Lynn Cayce, son of the famed psychic channel Edgar Cayce. Around this time Kenneth Wapnick read a copy and decided to devote his life to promoting it. He edited the manuscript and it was shortly thereafter published.

For quite a number of years only a few people realized that an original manuscript was held by the Cayce organization in the library of the Association for Research and Enlightenment in Virginia Beach.

It was only recently that someone got a hold of the Cayce copy and published it on the internet. The headquarters at the Foundation for Inner Peace were furious and attempted to legally stop anyone from publishing this original copy citing copyright infringement as the reason.

Apparently a group started to surface which claimed that the course is on par with scripture and as such it should be legally in the public domain and not subject to copyright laws.

Thus the whole matter is in litigation at the present awaiting judgment.

Now the interesting question is: How significant were the changes that were made in the text before it was published? How close to the original is the published Course that affected millions?

I have a digital copy of the original and compared some of it with the published book and there are some differences, but they do not seem to be great. I have not had time to examine them thoroughly, but the greatest differences are said to be in the first five chapters.

But because the intelligence behind it is of a high order does this mean that we can relax and accept all as true?

No. We must examine with more attention than ever before.

Whereas I have received verification on the main principles taught in the Alice A. Bailey books, there are several problems I have with the Course.

One of the main ones is the Course claims that God is perfect, yet he made a big mistake in the creation of the whole physical universe. This mistake needs corrected by our relinquishing of identity and disappearing from this unreal existence and going to a place where no change ever occurs.

There is also the problem that no one we know of has ever completed the Course and then vanished afterwards.

This idea also conflicts with many of the teachings of the ancient wisdom.

There is always the possibility that this and other writings of high intelligence are a subtle deceit from advanced entities on the left hand path.

From the viewpoint of average humanity, it is difficult to discern the difference in light when we are dealing with advanced entities from the two sides.

Even so, I have discerned that there is much truth in the Course and I often quote phrases from the text that I perceive to be correct.

I have found that some who are profound believers in the material accept it with the dogmatism that a Jehovah Witness has toward his green Bible. Many are fairly black and white in their approach, but of course, this happens in all belief systems.

Question: There are several levels of discerning truth.

(1) The Still small voice that quietly urges or speaks to us.

(2) The intuition which turns on a light in our head allowing us to understand that which was previously in the dark.

(3) The spiritual fire. This gives us confirmation on direction. Contemplate this phrase as a seed thought and write what comes to your mind.

“Confirmation of direction through spiritual fire.”