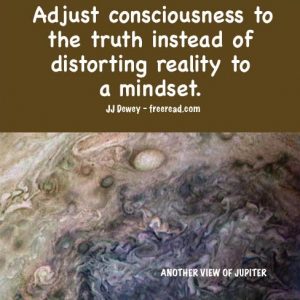 Astrology in the Bible Part II
Astrology and the Old Testament

It is interesting that there are numerous fields of endeavor in new age thought that attract people who have only a superficial knowledge of that which they practice. Astrology does not let you get away with a lazy study. To become really proficient requires a study somewhat akin to becoming a medical doctor. In addition to there being a lot to learn one must combine his intuition with knowledge to make the most of it.

In our last post we covered what seemed to be Biblical objections to astrology only to discover that there was no condemnation of it after all, and, Daniel, one of the greatest Biblical figures was a leader of the Magi astrologers in Babylon.

Contrary to condemning astrology the Bible is actually quite supportive. For instance, the prophetess Deborah tells us that the stars “fought from heaven; the stars in their courses fought against Sisera.” Judges 5:20

David writes: “He telleth the number of the stars; he calleth them all by their names.” Psalms147:4

A name in ancient Hebrew was suggestive of different characteristics similar to modern astrological descriptions of the planets.

Jeremiah tells us the power of the ordinances of heaven:

One of the most powerful evidences is found in the very beginning of the scriptures:

“And God said, Let there be lights in the firmament of the heaven to divide the day from the night; and let them be for SIGNS, and for seasons, and for days, and years.” Genesis1:14

The lights in the firmament are of course the stars and planets and these are to be used for “signs,” a concise endorsement of astrology if there ever was one.

The translation “seasons” is quite misleading. It makes it sound like the celestial orbs are there so we can tell the four seasons, but the original meaning was quite different.

“Seasons” comes from the Hebrew MO’ADIM (plural) or MO’ED (singular) . which literally means “appointment” or “fixed times.” It is not a literal word for the four seasons. It only has meaning for words translated from it (such “seasons” or “festivals”) as they relate to fixed times.

One of the best ways to get a feel of the word is to examine how it is used in other scriptures:

“But my covenant will I establish with Isaac, which Sarah shall bear (a child) unto thee at this SET TIME (from MO’ED) in the next year.” Gen 17:21

“Is any thing too hard for the LORD? At the TIME APPOINTED (from MO’ED I will return unto thee, according to the time of life, and Sarah shall have a son.” Genesis 18:14

In addition to this MO’ED is oddly translated as “congregation” when the scriptures speak of the “Tabernacle of the Congregation.”

“Tabernacle comes from OHEL (“dwelling place.”) which comes from the root AHAL which means, “to be clear or shine.” Not only does this root relate the tabernacle to the stars but within the tabernacle was a lampstand called a menorah which held seven lighted candles. These are mentioned several times in the Bible

“And thou shalt make the seven lamps thereof: and they shall light the lamps thereof, that they may give light over against it.” Exodus 25:37

“And said unto me, What seest thou? And I said, I have looked, and behold a candlestick all of gold, with a bowl upon the top of it, and his seven lamps thereon.” Zech 4:2

Now the interesting thing is that the famous Jewish historian, Josephus, who had available many ancient manuscripts that are now lost, tells us that each lamp represented a planet and the seventh candle was symbolic to the Jews of the planet Saturn as well as the seventh day.

Of further interest is the fact that the tabernacle was portable and moved from place to place. It is also quite possible that it was called the Tabernacle of MO’ED because of the location of each new location of the tabernacle was set by the stars and was also a place for study to keep track of astrological positions and signs.

Whatever the case we have Biblical evidence here that a prime purpose of the stars and planets in relation to humanity is to reveal to us appointed and fixed times that are “signs” of things to come.

In addition to the lights in the firmament being for “signs” we are told they have influence just as taught in astrology:

“Canst thou bind the sweet influences of Pleiades, or loose the bands of Orion? Canst thou bring forth Mazzaroth in his season? or canst thou guide Arcturus with his sons? Knowest thou the ordinances of heaven?” Job 38:31-33

“Loose the bands of Orion” could be translated as “make way for the salvation of Orion,” again teaching that heavenly orbs have influence.

The word “Mazzaroth” is from an ancient Babylonian word for the signs of the Zodiac.

Concerning this word The New Westminster Dictionary of the Bible defines it as:

“A feature of the starry heavens (Job 38:32). The margin of the Authorized Version and the Revised Version of the Bible interprets it as the sign of the zodiac, equivalent to Hebrew MAZZALOTH (II Kings 23:5, RSV, ‘constellations’). The Hebrew word is of Babylonian origin. It goes back to the old Akkad, MANZAZTU which became MANZALTU, MAZZALTU (station, position of the planet in the zodiac). In late Hebrew MAZZAL, Aramic MAZZALA came to mean constellation of the zodiac, or planet.” pages 599-600

“Mazzaroth therefore… clearly signifies the twelve constellations of the zodiac through which the sun appears to pass in the course of the year, poetically likened to the “’inns,”… in which the sun successively rests during the several monthly stages of his annual journey.” (The International Standard Bible Encyclopedia, Vol. I, p. 312)

Mazzaroth then is another word for “Zodiac.” Zodiac comes from a primitive Hebrew root Sodi, or “the way” in Sanskrit. This is very interesting since “The Way” was the first name given to Christianity (Acts 9:2; 19:9,23; 24:14,22).

Thus we have “The Way” a basic identification for Christian salvation as having the same meaning as the word “Zodiac.” This adds much more meaning to Job’s mentioning of the “salvation of Orion.”

These twelve signs are the same in all ancient nations of the world and in all ages, from ancient chronologies of China, Chaldean and India. Zodiacs are in the Temples of Denderah and Esneh in Egypt. Traditions of the recently discovered islands of the South Sea, traces of them are discerned most clearly among the most ancient and earliest civilized nations. In the remains of Assyria they are recognized; in those of Egypt they are perfectly preserved; in those of Etruria and Mexico they are recognizable.

The scripture ends with “Knowest thou the ordinances of heaven?” “Ordinances comes from the Hebrew CHUGGAH

The Gesenius Hebrew-Chaldee Lexicon interprets this literally as “that which is established or defined” and when singular refers to a singular law or ordinance. Obviously Job was referring to laws governing the stars   and planets.

Books have been written about astrology in the Bible, but I will finish up this section by mentioning just a few more points from the Old Testament.

The number of the signs of the Zodiac keep showing up again and again. Legend has it that the twelve tribes of Israel are representative of the twelve signs.

In addition twelve repeats itself many times in various ordinances and of course, we cannot overlook the “twelve disciples” of the New Testament.

A fascinating but little known link of the Zodiac with Israel is revealed in the Sepher Yetzirah, a kabbalistic text attributed to Abraham. This indicates that symbols of the signs of the zodiac and the origins of the Hebrew alphabet are linked. Critics may be surprised to learn that the knowledge of the very Bible they read is delivered to mankind through astrological correspondences.

It is also interesting that a mysterious astrological configuration is called a “Yod,” the tenth letter in the Hebrew Alphabet and also the first letter of the name of God (Yahweh YHVH). The Yod within a natal chart is made up of 3 planets. 2 of these planets are 60 degrees from each other, forming a sextile, and both are quincunx, 150 degrees, to a 3rd planet. It forms an elongated triangle when looking at the aspect wheel.

It is said to lead a native on his/her life journey by creating an environment of frustration and adjustment, directing us to hear the call; to reach inside, and sacrifice all that we’ve learned on earth, and challenge us to remember what our soul already knows.

The fact that this “finger of God” configuration is very ancient gives evidence that it was originated by the Hebrews themselves, perhaps even Daniel the prophet.

But this is not all. Phases of the moon were important to the worship of the ancient Jews.

“Behold, I build an house to the name of the LORD my God, to dedicate it to him, and to burn before him sweet incense, and for the continual shewbread, and for the burnt offerings morning and evening, on the sabbaths, and on the NEW MOONS, and on the solemn feasts of the LORD our God. This is an ordinance for ever to Israel.” II Chronicles 2:4

Much more could be written but this should suffice for the Old Testament. Readers may want to refer back to my articles on the linkage of ancient Israel to the planet Saturn for more evidence.

After contemplating the scriptures one must exclaim: “The (study of the) heavens declare the glory of God; and the firmament sheweth his handywork.” Psalms19:1