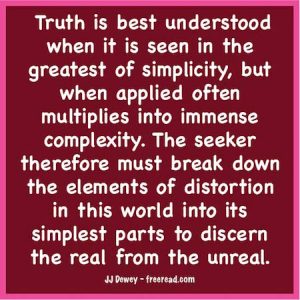 Question: Please elaborate on the soul in a way that an LDS person can relate to.

What is confusing to Mormons and some others is that they see the Father, Son and Holy Spirit only as individualized entities, but what they fail to realize is that individualized entities only represent these three aspects. There was a beginning to this representation, but there is no beginning to the three aspects of the Father ( represented by the Monad and the ray of Will, Power, Purpose), the Son (The soul – the Ray of Love/wisdom) and the Holy Spirit (an omnipresent entity – the Ray of active intelligence).

There is evidence that Joseph Smith had a knowledge of this as he stated that the Christ is an office and that office is currently held by Christ of Galilee. Take away the office and what do you have?

Answer: An eternal aspect which awaits manifestation of billions of worlds.

The Holy Spirit is a link between the lower worlds and the higher and through the power of the soul gives us direction and the “still small voice.”

The Solar Angel is an actual entity who uses soul energy to work with you. When teachers of ancient wisdom speak of the soul one must look at the context of their words to figure exactly what they are referring to.

Question: What is the origin of the Solar Angel?

Your Solar Angel overcame death in a previous solar system billions of years ago.

Question: Are we going to have an immortal physical body?].

Joseph Smith just taught the bare bones of this idea. He stated that the God over us was appointed in a conference of Gods and there was one assigned to this planet Earth and that he has a physical body.

This is the entity which is called The Ancient of Days in the Bible and Sanat Kumara in the Bailey writings.

The higher lives do not live in physical bodies of lower vibration as we do. He who is called the Father on this planet lives in etheric matter as we do in reality. The physical body we see is created by an illusionary principle and the Father can so manifest if he desires. What many do not realize is that the etheric body is our true physical body.

The etheric body gives our lower physical body form and life, and after death it lives on for a short time and then disintegrates – leaving us in our astral body and then mental bodies.

When spirit and body is united in those who become as the Immortals the physical is folded up into the spiritual. How do you think Jesus walked through walls? He did not have a physical body when he did so, but unfolded it after he was through the wall and became physical again.

Our Father God has spent eons of time with no physical body (as we understand the term) after he overcame death in a past system, but when circumstances warranted it he can descend into the physical as he has done in coming to this earth and becoming the first Adam and continuing to dwell in an etheric physical body. A Master or higher who dwells in etheric matter can manifest a physical body when desired that can be touched and felt.

Question: Why come to a world of “form” to get experiences when our “end product” (so to speak) is formless?

There is no single end product. We come into the physical for experience and to obtain power over all things. When this power is obtained we can then fold up our lower bodies and go to the higher realms. Then when we desire we can put on our lower clothes and visit the lower worlds. Those who have not taken physical bodies do not have this power. One has to overcome all things in the physical to be come a co-creator with God and participate in eternal increase.

Question: Does going back to oneness mean we will lose our individual identities?

We will always have a separate identity. This is eternal because the seed of our identity is eternal.

Question: I read in Conversations With God, what the world regards as “more primitive” or “less developed” societies, are in fact the most highly. Is this true?

So what do you think? Are primitive tribal members more evolved than us civilized folk?

Some say that animals are more evolved than humans. A little reflection here reveals the truth. We incarnated as primitive beings in our distant past and few who actually think about it would desire the tribal state to be the end product of our spiritual evolution.