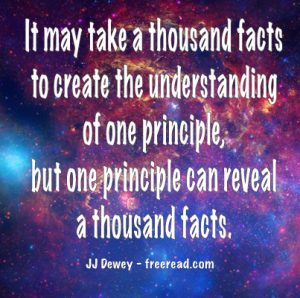 Higher Lives and the Plan

A reader was curious about a point I made in the article about the Teacher/Student principle.

Here is the quote:

The highest of the Masters who have overcome physical death would see themselves polarized as a teacher in a relationship with any of us, yet they still recognize that we can do certain things better than they can. For example, most of us in the human kingdom understand that we are of much higher intelligence overall than any animal. No animal would have any concept about building an automobile or spacecraft as man has done; but on the other hand, a human can not build a beaver dam as well as a beaver. Beavers already have the knowledge to build them better and faster than we can. The Kingdom of God in relation to humanity corresponds to the human kingdom as higher than the animal. The attention of the Masters is set on many lofty ideas that man does not even comprehend, yet there are many things in the human world that man is more capable of performing well than is the Highest of Masters.

The question was, what are some things we can do better than the higher lives?

First, it needs to be understood that I am not saying that there are things we do that the Masters could not do if they put their attention on it just as a human could build a beaver damn if he put enough thought into it. The point is that each life only has so much focus in the worlds of form and there are many things we have to leave up to other people and other life forms.

When a life masters an ability, instead of just repeating it for eternity, he allows the intelligence gained to go below the threshold of consciousness and then places his focus on something new on a higher turn of the spiral.

The lives of atoms, cells, molecules, bacteria, and organs of the body perform all kinds of wonderful maneuvers that are below the threshold of human consciousness and are beyond our current ability to duplicate. Yet the intelligence behind them was acquired by us in some ancient past and is still a active within us. The interesting thing is that it all could be retrieved if it was necessary, but it is not. The lesser lives are using the principles and keep the body functioning allowing us to place our active consciousness on higher things.

This principle, which I call The Beaver Principle always applies to the relationship of higher and lower lives.

For instance, the plants are lower than the animals and humans but they have the built in knowledge of photosynthesis to combine soil, light and water to create energy. Neither animals or humans have this ability though humans are working on retrieving this knowledge.

So then, what can we humans do that the masters have left behind and would have difficulty with?

The main thing they have left behind is anything to do with the emotional/astral world. To the consciousness of a Master the astral world would be a big distraction and so it is seen by them as not even existing. From a higher point of view it is pure illusion created by the interplay of etheric and mental matter and does not have a true existence. They do, however focus on feelings more real that deal with spiritual love and wisdom, but ignore the lower emotions.

Now average humanity is very polarized in the lower emotions and daily the typical person rides a roller coaster of feelings up and down from highs and lows.

Since the masters do not focus on the astral world they would have much difficulty in communicating with us on an emotional levels. This job is left to disciples and students who relate to the emotional world, and can reach the emotions of average people better than could a Master.

This is just one thing. There are others and if one stretches himself and places himself in the position of a Higher Life he can imagine the things he would leave behind as he places attention on a greater level of existence.

Another question I received was concerning “the Plan” from this line from the Great Invocation.

The fact that it needs restored suggests that it was once here and was lost. So what was it and what happened to it?

It is interesting that DK never explains the Plan in much detail. His writings suggest that the Plan is very deep with many layers, some of which even the Masters do not fully understand. There are layers to the plan and as we are lifted up in consciousness more of the Plan is revealed to us as we are prepared to receive.

A hint as to the part of the Plan he was talking about was given in the Great Invocation itself. A few lines earlier it says:

From the centre which we call the race of men

Let the Plan of Love and Light work out.

And may it seal the door where evil dwells.

The Plan involves the use of Love and Light to seal the door where evil dwells.

This door where evil dwells was not always open and thus the evolution of life was able to move forward without major problems. But early in the history of humanity some advanced disciples misused their knowledge and took the left hand path and established a dark brotherhood which opened the door mentioned in the invocation.

To restore the plan we must shut the door. DK tells us that we partially shut the door with the defeat of Hitler, but the final sealing still needs to be accomplished.

Unfortunately, the door has been pried open some more so disciples still have a lot of work to do, using the powers of love and light. May we all so our part in sealing the door, once and for all.